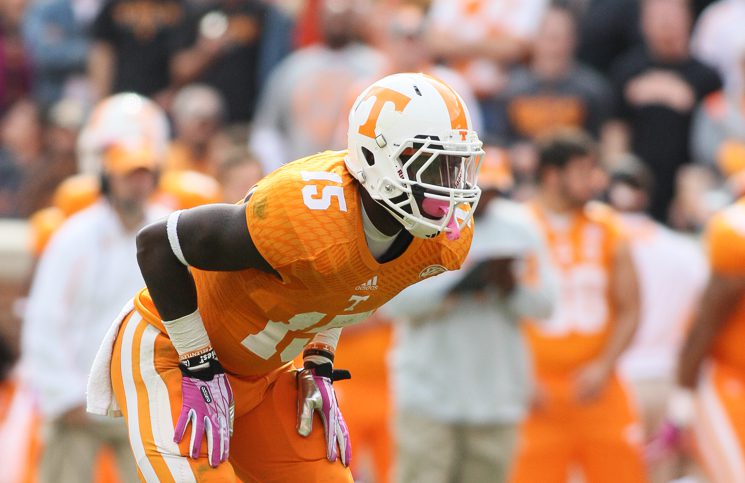 Former Vol running back Marlin Lane and his dad made some very strong statements about former Vol head coach Butch Jones on a sports show on Monday.

Seniors such as Jacob Gilliam aren’t leaving Tennessee with a ton of honors or a great record, but the Vols are indebted to them for helping them get back.

It wasn’t pretty and it wasn’t what many expected, but Tennessee found a way to beat Vandy to get their sixth win of the year & return to a bowl game.

Some notes and observations from offensive side of the ball from the open portion of Tennessee’s practice.

We answer your questions about Tennessee athletics and life in general in Insider Mailing, our weekly mailbag column.

A look at how not only does Joshua Dobbs pick up yardage in the run game himself, but he also helps the running backs out as well.

Check in throughout today’s game against Ole Miss for pre-game and in-game updates and notes from the RTI crew.

Vols Looking for More ‘Efficiency’ in the Run Game

It wasn’t the 2.8 yards per carry against Utah State that bothered Butch Jones, it was the overall lack of efficiency on the ground.

Lane Ready to Lead the Way

A mature Marlin Lane says he has learned from his mistakes and is ready to lead his team on and off the field in 2014.