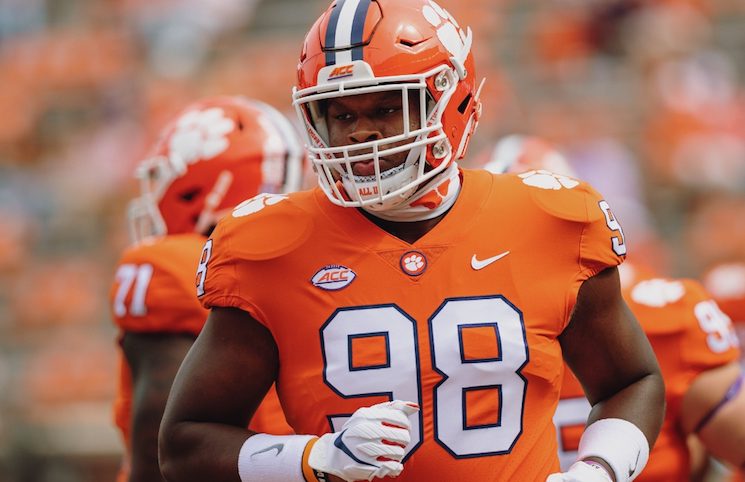 Clemson’s defense was one of the country’s best this season due in large part to its dominant front seven. However, the Tigers will be without two of their starters in the front seven in this month’s Orange Bowl matchup against Tennessee. Defensive lineman Myles Murphy is opting out of the bowl game and declaring for […]

Four-star defensive end Myles Murphy out of North Carolina included Tennessee among his list of top schools in his recruitment.

Vols are Among Early Favorites for Talented Pass Rusher

The Vols are among the early favorites for Myles Murphy, a four-star pass rusher out of North Carolina in the 2020 recruiting class.

The Vols sent out an offer to one of the top players in the 2020 cycle, five-star defensive end Myles Murphy out of Georgia.