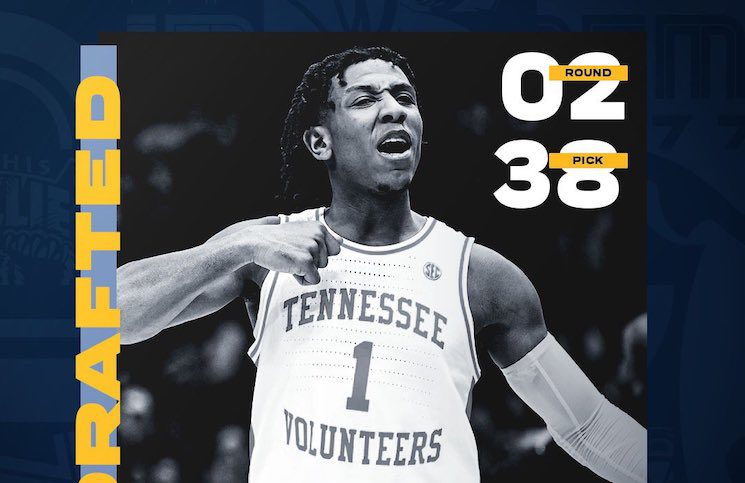 Kennedy Chandler is officially an NBA Draft selection. After San Antonio drafted Kennedy Chandler with the 38th overall pick (Round 2, Pick 8), the former Tennessee player’s draft rights were immediately traded over to Memphis. Now, the player that played high school basketball in Memphis and college basketball in Knoxville will be gearing up for […]

Former Tennessee freshman phenom Kennedy Chandler has officially been selected in the second round of the 2022 NBA Draft on Thursday night. With the eighth pick in the second round, the San Antonio Spurs selected Chandler and then immediately traded Chandler’s draft rights to the Memphis Grizzlies. Chandler, a Memphis native, will now be playing […]

Tennessee guard/forward Josiah-Jordan James began testing the NBA waters this spring back in April. Despite declaring for the NBA Draft though, James still had the option to return to Tennessee for his final year of collegiate eligibility. On Saturday afternoon, CBS Sports’ Jon Rothstein first reported that Josiah-Jordan James would be returning to Tennessee next […]

Former Tennessee point guard Kennedy Chandler dazzled audiences and scouts alike last season as the freshman point guard made his collegiate debut in Knoxville. Chandler was a day one starter for Tennessee and ended up leading Tennessee in points per game and assists per game across the course of the season. With the NBA Draft […]

Tennessee basketball has been producing talent for the NBA at an impressive rate in the last handful of years. Since 2019, Tennessee has sent five players to the league via the NBA Draft, which is the most players the Vols have sent in a three-year stretch since 1982-1984. Tennessee’s five picks over that timeframe were […]

Former Tennessee star point guard Kennedy Chandler is gearing up for the NBA Draft this upcoming June. After spending one year with Rick Barnes and the Volunteers in Knoxville, the former top-ranked point guard prospect in the nation announced his departure to the NBA in early April. On Thursday, Swish Cultures Media Company posted a […]

After a memorable debut year in Knoxville, former Tennessee freshman Kennedy Chandler is heading to the NBA Draft this June. In March, Chandler, a former five-star recruit, helped lead Tennessee to its first SEC Tournament Championship since 1979. In addition, the former freshman led Tennessee in scoring (13.9) and assists (4.7) in his first year […]

After a tremendous run during the SEC Tournament and the first two rounds of the NCAA Tournament, Kennedy Chandler has been a name to watch on the NBA draft boards. The Tennessee freshman led the Vols in scoring (13.9 PPG), assists (4.7 APG), and steals (2.2 SPG) during a solid debut year in Knoxville. With […] 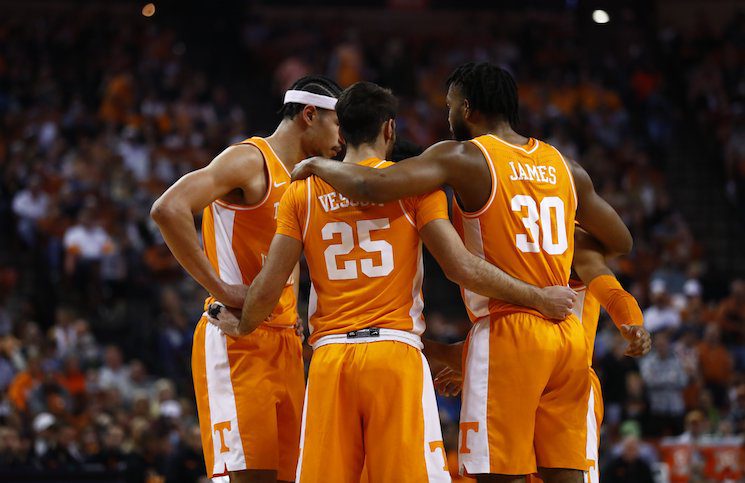 NCAAM Elite Eight Preview 3/27: #10 Miami Vs. #1 Kansas Tennessee guard Santiago Vescovi has officially declared for the 2022 NBA Draft according to a post on his Instagram on Saturday. Vescovi’s declaration is not an immediate goodbye to Tennessee, though, as he will still maintain his collegiate eligibility. However, after a three-year career with […]

Former Tennessee guard Jaden Springer shined in his final NBA Summer League Game with the Philadelphia 76ers, scoring a team high 21 points in the win. The 76ers selected Springer with the 28th pick in the 2021 NBA Draft and the one-and-done guard answered with strong play this summer. In five games, Springer averaged 11.2 […]