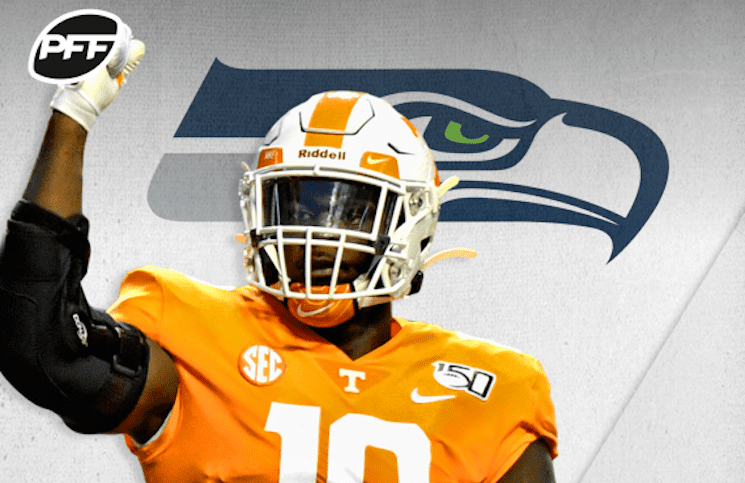 Darrell Taylor is a ball player that just wants to play ball, man. (If there was ever a time to professionally add the laughing emoji into a sports article, this may be a perfect time.) During the Seattle Seahawks’ home contest against Las Vegas on Sunday afternoon, the former Volunteer had one of the funniest […] 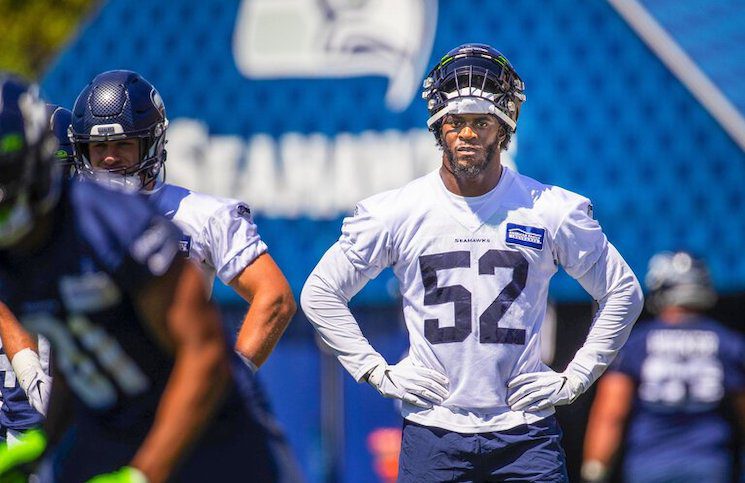 Former Tennessee defensive end Darrell Taylor is entering his second year in the NFL with the Seattle Seahawks. However, Taylor will change things up a bit in the jersey department. After playing his rookie season with the number 58, Taylor switched to the number 52 in 2021. The change was, in part, to honor his […]

Seahawks: Taylor is “One of the Very Top Pass Rushers” in Draft Class

The GM of the Seattle Seahawks believes Darrell Taylor was one of the best pass rushers in the 2020 NFL Draft, and that’s why they traded up to get him.

Pete Carroll was “Sweatin’ It Out” to Draft Darrell Taylor

Seattle Seahawks head coach Pete Carroll said he and the Seahawks organization were “sweating it out” hoping Darrell Taylor would be available to draft.