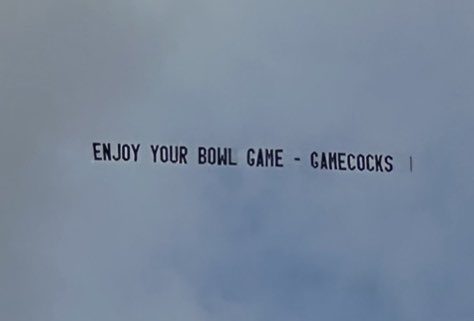 There is a very unique similarity between the 2022 Tennessee Volunteers and the 2022 Clemson Tigers. Both teams were College Football Playoff hopefuls heading into the final two weeks of the regular season, and both teams’ chances were dashed in those two weeks. By the same team. I needn’t remind you of the specifics, but […]

Take a look at our complete preview of Tennessee’s opponent on Saturday afternoon in Neyland Stadium, the South Carolina Gamecocks.

Column: For Better or Worse, Gamecocks are Now a Tennessee Rival

Vol fans may not like to hear it, but South Carolina has proven now that they are, in fact, one of the Vols’ main rivals in football moving forward.

Check out our complete preview of the Vols’ opponent this weekend, the South Carolina Gamecocks.

The RTI Podcast took an in-depth look at South Carolina to see what Vol fans should expect from Tennessee’s opponent this weekend.

Has South Carolina Become a New Rival for the Vols?

South Carolina has become much more competitive with the Vols over the last decade-plus. Are they a new rival for Tennessee now?

We tell you everything you need to know about the Vols’ Week 7 opponent, the South Carolina Gamecocks.