Paul Finebaum Takes Up For Tennessee During Heated Playoff Debate 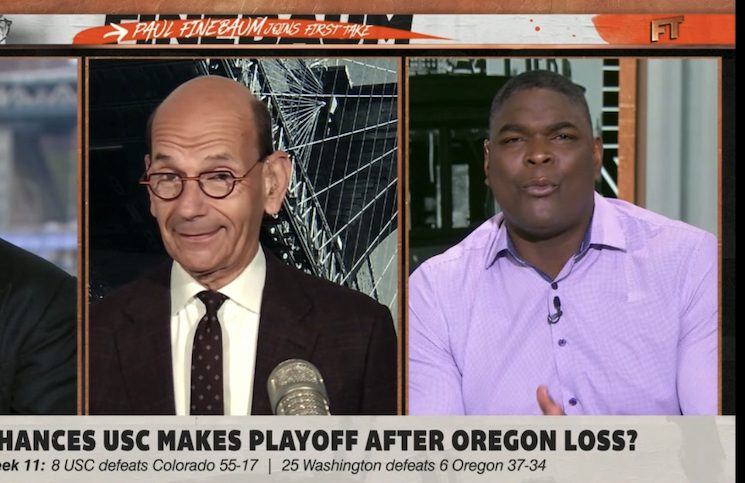 ESPN host and Tennessee alumni Paul Finebaum took an axe to ESPN analyst Keyshawn Johnson’s playoff argument during Tuesday’s episode of First Take. Although he is not unfamiliar with criticism from Tennessee fans, Finebaum had the Volunteers’ back when discussing who is deserving of a college football playoff spot between Tennessee and USC. Here’s how […]

Tennessee has certainly captured the attention of the college football world. During a recent episode of ESPN’s First Take, the show hosts debated the upcoming game in Knoxville between No. 6 Tennessee and No. 3 Alabama. And by the end of the segment, all three hosts unanimously picked Tennessee to come out victorious. Even if […]