Everything Rick Barnes Said After Disappointing Loss At Florida

Tennessee basketball’s four game winning streak came to a close Wednesday night in Gainesville as the Vols fell to Florida, 67-54. The Vols’ offense struggled mightily for much of the game while their defense let up late as Florida star Colin Castleton took control of the game. Barnes discussed Zakai Zeigler’s struggles, the defensive breakdowns […]

Tennessee Eased Past Texas. What’s Next?

In the latest edition of Rocky Top Insider’s ‘High & Tight’ presented by Gambuzza’s Barber Shop in Knoxville, we recap Tennessee’s win over Texas and look ahead at the Vols upcoming battle against Florida in Gainesville. With Tennessee’s dominant win over Texas, the Vols moved up to No. 2 in the AP Top 25 Poll. […]

Tennessee basketball coach Rick Barnes isn’t one to heap over the top or unearned praise on his players. Sure, Barnes will say nice things about his players when it’s warranted, but the 36th year college head coach isn’t one to speak in hyperbole. Needless to say, Barnes was speaking truthfully when he wondered out loud […]

Everything Rick Barnes Said After Tennessee Jumped To No. 2 In AP Poll

Tennessee head coach Rick Barnes met with the Media Monday afternoon after the Vols jumped to No. 2 in the AP Poll following a 2-0 week where they earned a pair of lopsided victories. The Vols are winners of four straight following a disappointing loss against Kentucky and head on the road Wednesday to face […]

Tennessee Basketball point guard Zakai Zeigler has been named SEC Player of the Week after back-to-back dominant performances against Georgia and Texas last week. The honor serves as the second of Zeigler’s career, as the Tennessee sophomore received SEC Freshman of the Week recognition in early February last year. This is the first time Zeigler […]

Tennessee basketball moved up a spot from No. 4 to No. 2 in this week’s AP Poll after a 2-0 week that saw them earn double-digit victories over Georgia and then-No. 10 Texas. The Vols jumped rival Alabama in the poll after the Crimson Tide survived a home scare against Mississippi State and took a […]

Tennessee Basketball point guard Zakai Zeigler has quietly been one of the SEC’s best this season, and the sophomore’s run to end the month of January has been nothing short of spectacular. Entering Tennessee’s Top 10 tilt against Texas, Zeigler had scored 47 points across his previous three games, the most he’d ever had in […]

Uros Plavsic checked into the game just over five minutes in and quickly drew a hard foul. He came up jawing at Texas’ Brock Cunningham. The Longhorns returned the talk when Plavsic airballed the first free throw. After Plavsic missed the second free throw he came down with the rebound and threw it off Cunningham’s […]

No. 4 Tennessee vs No. 10 Texas: How To Watch, Key Stats, Betting Odds

Tennessee is looking for a marquee win on the season as it prepares to host No. 10 Texas to Thompson-Boling Arena Saturday night. The Vols are coming off three consecutive wins and have climbed back into the top five of the AP Poll following their disappointing loss against Kentucky two weeks ago. Texas has overcome […] 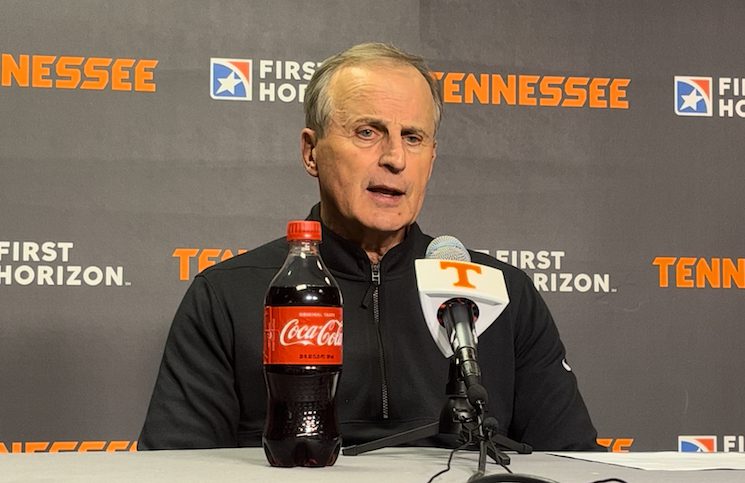 Tennessee dominated Georgia on the basketball court Wednesday night in Knoxville as the fourth-ranked Vols cruised to a 70-41 win over the Bulldogs. The Vols boasted strong defense on Wednesday, forcing 20 turnovers and turning that into 25 points. While Tennessee did start slow out of the gates, the Vols picked things up within minutes […]