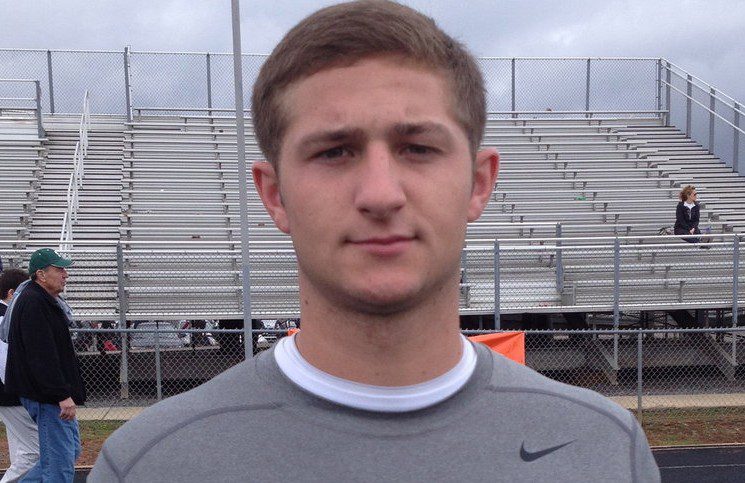 Moments before the Vols took the field for practice number three of the preseason on Sunday, the coaches were busy securing a commitment from Waxhaw, North Carolina’s Austin Kendall. The Vols had been out in front for Kendall for quite some time, but he had said in the past that he was going to wait until after his junior season to commit. On Sunday, Kendall was in the final hours of his second visit to Tennessee in recent weeks, and after spending some more time with the coaches, players and staff, he decided to disregard his timetable and give his early pledge to theVols.

The Vols coaching staff actually sees Kendall as a dual threat quarterback, even though most recruiting services list him as a pro-style passer. One staff member was overheard at practice describing Kendall as a Connor Shaw clone with a much better arm – Shaw went 27-5 as a starter for South Carolina. The one consistent that you hear from everybody you talk to about Kendall is that he is a great leader who carries himself in the way that you expect your quarterback to carry himself.

He’s two years away from getting to campus, but I think Tennessee got a good one in Austin Kendall. He stands 6-2 and currently weighs a little over 200 pounds with plenty of time to get bigger, stronger and faster before arriving to campus. Other schools with certainly try to get involved in Kendall’s recruitment moving forward – most notably Kentucky, where his brother is a walk-on wide receiver – but he seems to be very comfortable and firm with his commitment.