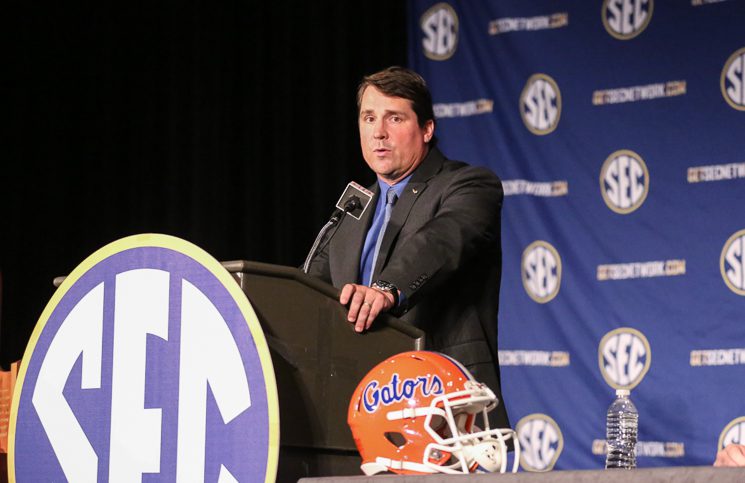 I don’t think Tennessee is going to win the SEC East. But somebody has to, right?

With every team now at least a quarter into its schedule, the only thing we know right now is that we don’t know who the class of the SEC East is.

Saturday gave us more proof of that as several contenders stumbled. Here’s a miniature state of the program for each team in the East as the Vols get set to embark on SEC play starting at Georgia next week and also begin to look for some potential upsets this season.

Talented, inconsistent and injured are all words that come to mind when thinking about the Bulldogs so far this season. Nobody questions running back Todd Gurley’s talent when healthy, nor the depth behind him. But three of UGA’s top four backs have had some form of injury concern this year and quarterback Hutson Mason has yet to prove that he can be a consistent threat in the passing game when teams stack the box. The defense has also been a mixed bag with the adjustment to new coordinator Jeremy Pruitt showing mixed results so far. UGA’s first two games of the season were a microcosm of the Mark Richt era. The Bulldogs got a ton of hype and showed enormous potential in knocking off Clemson, then with everybody praising them, they laid an egg against South Carolina. Can they put it all together going forward?

Jadeveon Clowney isn’t walking through that locker room door. The Gamecocks are 109th nationally in scoring defense with opponents averaging 36 points per game against what was recently thought of as a stingy defense. They are finding some success in the vertical passing game and the running back duo of Mike Davis and Brandon Wilds, while not dominant, has been good enough as well. Inconsistency has plagued them as well. The Georgia win made it look like the season-opening blowout loss to A&M could’ve been a fluke, but an inconsistent game against hapless Vandy on Saturday showed that this team still has plenty of holes.

What happened? A team that, for the most part, took care of business against three inferior opponents to start the season tanked against Indiana – a team coming off a loss to mighty Bowling Green the previous week. The Tigers have some nice pieces and perhaps Saturday was an anomaly, but it’s hard to take them too seriously as an East contender at this point Their next two games against South Carolina and Georgia will give us more definitive answers.

Speaking of teams that are hard to take too seriously at the moment, Florida followed up its questionable overtime win over Kentucky with a huge egg in the second half against Alabama. Yes, it’s Alabama and you can’t knock the Gators too much for losing at Tuscaloosa, but both sides of the ball looked helpless for the second half – making Alabama look like teams of a few years ago and launching a Heisman campaign for WR Amari Cooper in the process. Coach Boom’s defense is more of a thud right now. And with no consistency on offense (just 200 total yards vs. Alabama), it’s hard to see the Gators making much noise in the East. Alabama tried to help Florida (11 penalties, 4 turnovers), yet the Gators couldn’t take advantage of it.

Both likely end up close to the bottom of the East, but they feel like programs heading in different directions in the process. Kentucky is clearly taking some steps in the right direction while Vanderbilt, despite showing somewhat of a pulse at times against South Carolina, is Anchoring Down in the wrong way. We’ll know more about the bottom half of the league next week when these two teams square off in Lexington.

And that brings us back to Tennessee – a team facing significant questions about its offensive line, battling some health issues of its own and still finding

its identity in the process.

There are multiple reasons the Vols, in all likelihood, won’t contend in the East this year. They may, in fact, end up much closer to the bottom. The schedule plays a huge role in that. The Vols have arguably the toughest crossover opponents in Alabama and Ole Miss in addition to traveling to UGA and SC, two of the favorites in the division.

It’s too early to say if these young Vols are ready to go to a place like Georgia next week and compete. But they certainly looked competent at times against Oklahoma, though the final score reminded everybody that there’s still a ways to go. So maybe Tennessee doesn’t travel to Atlanta this year, but what program in the East does feel great about their chances to do so in 2014?

How about next year or even the next? There’s no Urban Meyer/Tim Tebow-type juggernaut that has it all locked down indefinitely. The SEC East is as open as it’s been in awhile and don’t expect it to be too long until UT is back in the conversation.