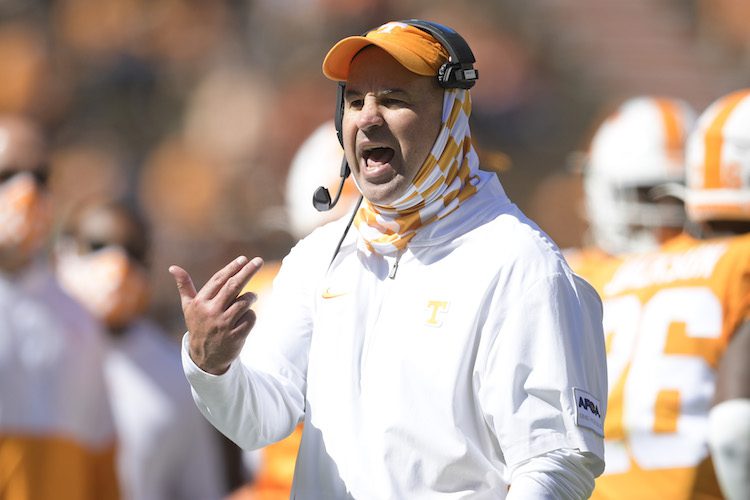 Jeremy Pruitt’s brilliance as a defensive mind in college football is well-documented.

ESPN analyst Cole Cubelic was on The Swain Event Tuesday morning hosted by former Tennessee wide receiver Jayson Swain and was asked about the matchups that will determine the outcome in Saturday’s game between No. 14 Tennessee and No. 3 Georgia. In the midst of discussing Georgia quarterback Stetson Bennett, Cubelic talked about his belief in Pruitt as a defensive mind.

“I’ve been on the field and watched him, and I’ve seen him on film basically telling guys what’s coming on multiple instances in multiple games. Whether its adjustments, whether its game-plans going in, I think he’s as good as anybody on that side of the ball.”

“Now, I don’t think he’s had a long enough tenure as a head coach to be able to say he manages games, or he game-plans everything, or situational football holistically is as good as anybody else because there’s a lot of guys that have a lot more experience and have won more big games, so that’s tough. But if you’re just talking about what he does, what he’s responsible for in-game for the most part, I think he’s as good as anybody.”

Pruitt and Tennessee’s (2-0) defense will face a tough test this weekend against a Georgia (2-0) offense that can run the football successfully. Kickoff with the Bulldogs is scheduled for 3:30 p.m. ET on CBS.