Vols in the NFL: How former Tennessee players fared Week 4 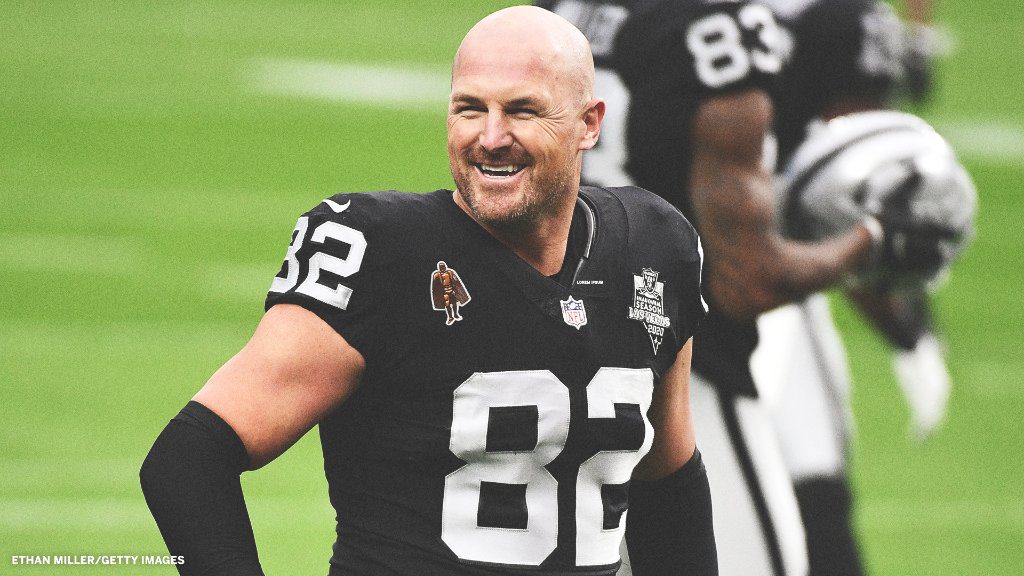 The NFL is full-steam ahead with plenty of former Tennessee football players seeing action throughout the league. Rocky Top Insider takes a look at how the former Vols performed over the weekend during Week 4 of the NFL season.

Luke Stocker, TE — Stocker did not record a catch or receive a target from Matt Ryan in Atlanta’s 30-16 loss to the Packers on Monday Night Football.

Morgan Cox, LS —The Ravens beat the Washington Football Team 31-17 on Sunday as Cox served as Baltimore’s long snapper. Cox is in his 10th season in Baltimore. He signed a five-year contract extension on March 7, 2016.

Nigel Warrior, S — Warrior is currently on the Ravens’ practice squad after an outstanding training camp in which he nearly made the team’s 53-man roster.

Jason Croom, TE — Croom is currently on the Bills’ practice squad. Croom caught 22 passes for 259 yards and one touchdown for Buffalo in 2018 after signing with the team as an undrafted free agent. He missed last season with a hamstring injury, however. Buffalo initially cut Croom before bringing him back on their practice squad to begin this season.

Michael Palardy, P — Palardy is out for the season with a torn ACL he suffered during the offseason. Palardy has been the Panthers’ punter since midway through the 2016 season.

Cordarrelle Patterson, RB/WR — Patterson caught one passes in the Bears loss to the Colts 19-11, but rushed the football three times for five yards. He returned three kickoffs for an average of 21.6 yards per return. Patterson’s longest return went for 26-yards.

Tyler Bray, QB — Despite being cut by Chicago at the end of training camp, Bray was brought back and signed to the practice squad. This is year No. 3 with the Bears for Bray. He spent five seasons with the Kansas City Chiefs before joining the Bears.

Daniel McCullers, DT — McCullers was claimed off of the Pittsburgh Steelers’ practice squad last week by the Bears, but he was not active for Sunday’s game against the Falcons.

Kahlil McKenzie, DL — McKenzie is currently on the Bengals’ practice squad after being cut by the Seahawks over the offseason. The Chiefs drafted him in the sixth round of the 2018 draft as an offensive lineman, but after a year in Kansas City, was cut by the organization. He had a brief stint in the XFL before he was signed then released by the Seahawks. The Bengals brought him in last month to play him on the defensive line, where he played at Tennessee, and he stuck in the organization after not making the 53-man roster.

John Kelly, RB — Kelly is currently on the Browns’ practice roster after being cut by the Los Angeles Rams at the end of training camp. Kelly was drafted by the Rams in the sixth round of the 2018 NFL Draft. The former Vol running back has 30 career carries in the NFL for 83 yards. He’s made two catches.

Alexander Johnson, ILB — Johnson had six tackles in Denver’s 37-28 win over the New York Jets on Thursday Night Football. Johnson also had a sack and a tackle for a loss.

Ja’Wuan James, OL — James chose to opt out of the 2020 football season. The former Vol right tackle cited COVID-19 concerns following the birth of his son. After beginning his career with the Dolphins, James signed a four-year, $51 million deal with Denver. $32 million was guaranteed. He played in just three games during his first year in Denver due to a knee injury he suffered in the season opener.

Justin Coleman, DB — Coleman is currently on injured reserve due to a hamstring injury he suffered in the Lions’ Week 1 loss to the Bears. The earliest Coleman could return from injured reserve would be against the Jaguars in Week 6 because Detroit is off in Week 5.

Coleman had one pass defensed before leaving the Week 1 game. In 17 games with the Lions, he has made 54 tackles with one interception, 14 pass breakups and three forced fumbles.

Jalen Reeves-Maybin, LB — Though Coleman was not available, Reeves-Maybin played and recorded one tackle in Detroit’s 35-29 loss to the New Orleans Saints.

Zach Fulton, OL — Fulton started at right guard for the Texans in Houston’s 31-23 loss to the Minnesota Vikings. The Texans only rushed for 96 yards on the afternoon. They averaged 3.7 yards per carry.

Jason Witten, TE — Witten caught his first touchdown of the season and his first as a Raider on Sunday. He finished with two catches on two targets for 18 yards and a touchdown in Las Vegas’ 30-23 loss to the Buffalo Bills. The touchdown catch put Witten over 13,000 career receiving yards.

Jason Witten gets his first TD with the Raiders ?

Kendal Vickers, DE — Vickers was active for the Raiders against the Bills and finished with one tackle.

Britton Colquitt, P — Colquitt punted the ball four times for an average of 41.5 yards per punt in the Vikings’ 31-23 win over the Houston Texans. His longest on the day traveled 46-yards and one punt was downed inside of the 20-yard line.

Jakob Johnson, FB — Johnson started at fullback for the Patriots in their 26-10 loss to the Chiefs, but did not record any stats.

Alvin Kamara, RB — Kamara had yet another big game against the Lions in New Orleans’ 35-29 win over the Lions. Kamara rushed for 83 yards and a touchdown on 19 carries. He also had three catches for 36 yards.

Kamara highlights from the win vs the Lions! ⚜️

Next Up: Saints vs Chargers this Monday on ESPN (7:15 pm CT)
pic.twitter.com/slDwGohVr2

Marquez Callaway, WR — Callaway recorded his first career catch against the Lions. His only reception on his only target in the game went for 16-yards.

Shy Tuttle, DT — Tuttle was inactive against the Lions on Sunday.

Kyle Phillips, DE — In the Jets’ 37-28 loss to the Denver Broncos on Thursday Night Football, Phillips had two tackles.

Josh Malone, WR — Malone was active in the Jets loss, but did not record a catch or a target.

Josh Dobbs, QB — The Steelers game with the Titans in Nashville was postponed due to a COVID-19 outbreak within the Titans organization.

Derek Barnett, DL — Barnett had a strong outing in Philadelphia’s 25-20 win over San Francisco. He had four tackles, 1.0 tackle for loss and 0.5 sacks.

Malik Jackson, DL — Jackson had just one tackle in the Eagles’ win over the 49ers.

Emmanuel Moseley, DB — Moseley did not play in San Francisco’s loss to the Eagles on Sunday Night Football due to a concussion.

Jauan Jennings, WR — Jennings is currently on the 49ers’ practice squad after he did not make the 53-man roster out of training camp.

Jalen Hurd, WR — Hurd tore his ACL during training camp and will not play in 2020.

Darrell Taylor, OLB/DE — Taylor is currently on the Non-Football Injury (NFI) list as he’s still working back from a leg injury. The former Vol pass rusher played through a stress fracture in his shin during his senior season at Tennessee and underwent surgery on it in January. Taylor started training camp on the NFI list.