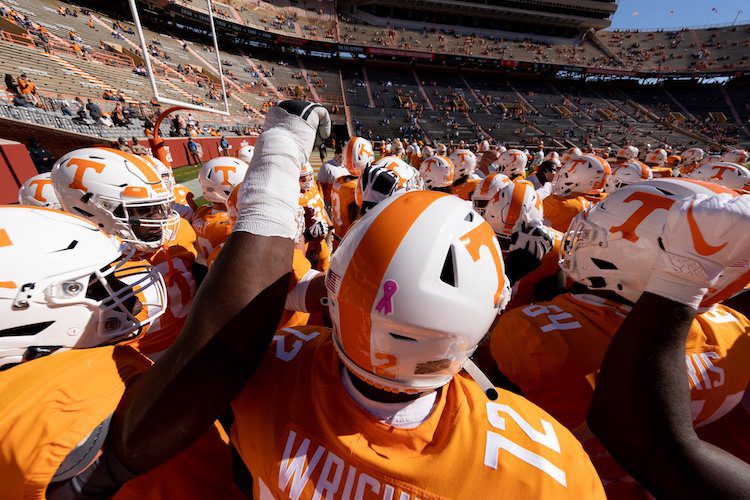 Tennessee has opened as home underdogs in next Saturday’s matchup with the Alabama Crimson Tide.

Tennessee (2-2) is a 17-point underdog to No. 2 Alabama (4-0) according to the line released by Circa Sports at the Golden Gate Hotel and Casino in Las Vegas.

The Vols have lost two games in a row and are coming off of a 34-7 loss to Kentucky on Saturday. Kentucky won its first game in Knoxville since 1984 courtesy of four Tennessee turnovers, two of which were Jarrett Guarantano pick-sixes.

Tennessee is facing serious quarterback issues following Saturday’s performance. Guarantano finished 14-of-21 for 88 yards and no touchdowns to go along with his two interceptions. JT Shrout got an opportunity off the bench and immediately thew an interception on his first offensive series. True freshman Harrison Bailey made his debut on the final offensive series of the game for the Vols. Bailey was 1-of-4 for 24 yards.

Alabama is coming off of a 41-24 win over No. 3 Georgia at home on Saturday night. The Crimson Tide tallied 564 yards of offense against a very talented Bulldogs defense.

Kickoff between the Vols and Crimson Tide on Saturday afternoon in Knoxville is scheduled for 3:30 p.m. ET on CBS.