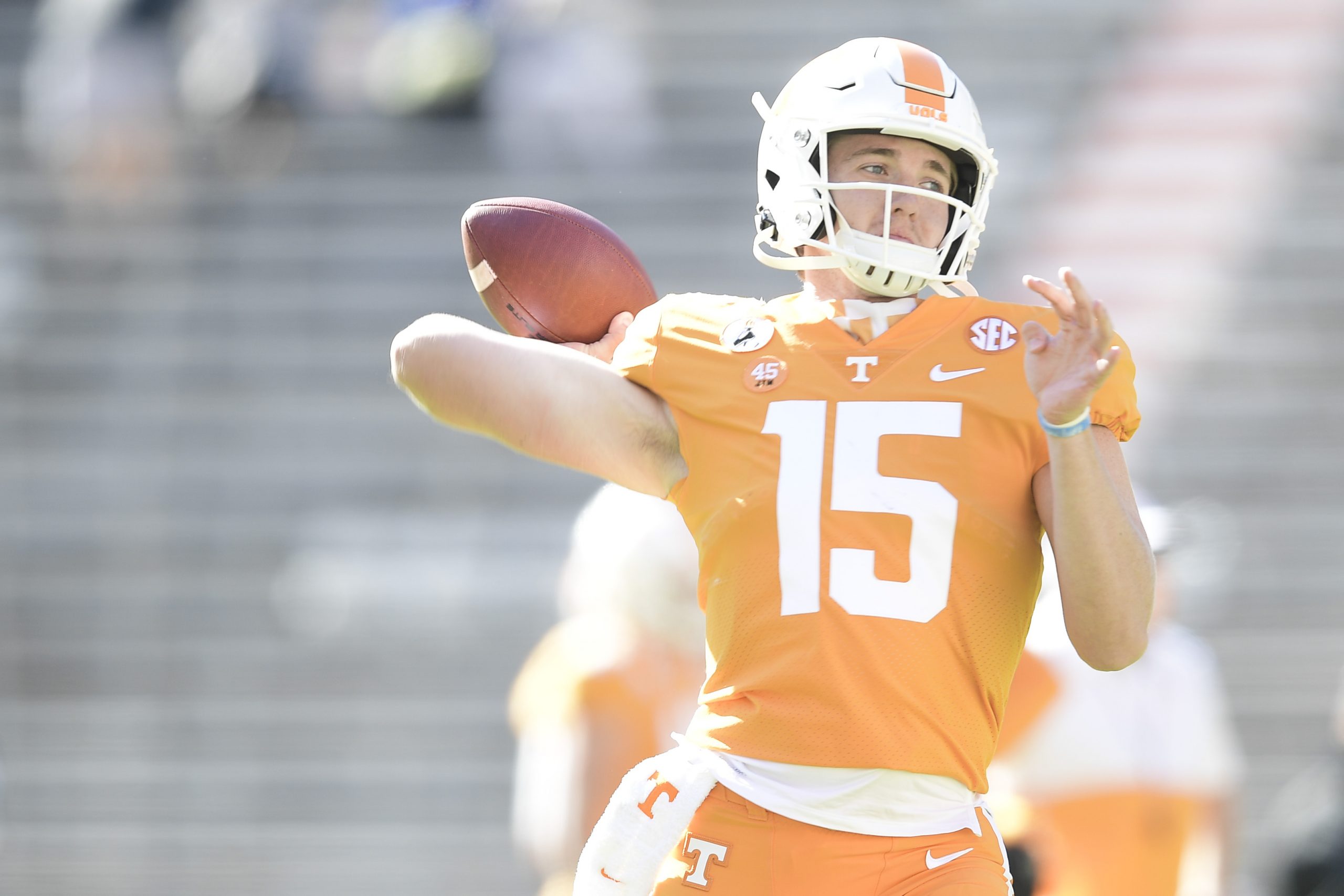 Fans have clamored to see true freshman Harrison Bailey in action since his arrival on campus in January.

Due to a lack of spring practice and a limited fall camp, however, Bailey, a former five-star prospect out of Marietta, Georgia, hasn’t had the benefit of a normal transition into the college game which has also kept head coach Jeremy Pruitt from featuring Bailey into a quarterback rotation that has struggled.

After redshirt senior quarterback Jarrett Guarantano and redshirt sophomore J.T. Shrout combined to throw three interceptions in a 34-7 loss against Kentucky on Saturday, Pruitt finally made the decision to give Bailey game reps.

The stat line was about as one would expect for a quarterback seeing his first action, although limited to one drive, in an SEC game after a disrupted offseason. Bailey finished 1-of-4 passing. His one completion was a 24-yard pass to put Tennessee’s offense deep in Kentucky territory late in the fourth quarter. The drive ultimately stalled.

“Well, when we put him in, he hadn’t taken any reps for the Kentucky game plan so we just called plays that we knew he would know,” Pruitt told reporters over Zoom on Monday. “Again, I can’t reiterate enough, when it comes to Harrison (Bailey), the lack of opportunity that he got during fall camp.

“He’s getting more and more reps. When you get ready to play a game, you work one quarterback and you have a backup. The third team guy gets a few reps if he can get it. With Harrison, we’re going to continue to work him and develop him. Same thing with Brian (Maurer), J.T. (Shrout), all of them. There’s only one fall. It’s not camp. We’re not in camp now. We’re in the season and we have to prepare for our opponent which is why we’re having these extra things on Sunday night. Probably, if we can stay healthy, we will continue to do some of this, maybe on the Tuesday and Wednesday practices as well.”

Pruitt stated last Monday that Bailey took 50 snaps during Tennessee’s Sunday scrimmage following the loss to Georgia. With Tennessee’s quarterback situation seeming more like a limitation for the offense, those reps should be increasing in the coming weeks if they haven’t already.

For now, Pruitt seems sold on Guarantano being the Vols best option, but stated that he will have to continue to compete in practice to keep the starting job. Pruitt added that all of the mistakes from Saturday’s loss weren’t solely on the quarterback position.

“When you look at it, Jarrett didn’t play his best game but there are other guys who didn’t play their best game too,” Pruitt said. “He’s going to have to go out here and earn it in practice just like everybody else. Am I wanting to put Jarrett Guarantano on the shelf? No, absolutely not. I think the guy has a lot of really good qualities about him. He’s helped us win a lot of football games. Did he make a few mistakes, Saturday? Sure he did, but I think everybody on our football team and organization all could have done better starting with me. This isn’t about one person. It is about everybody within our program and everybody within our program understands that.”

Tennessee takes on No. 2 Alabama on Saturday in Neyland Stadium. Kickoff is set for 3:30 p.m. on CBS.