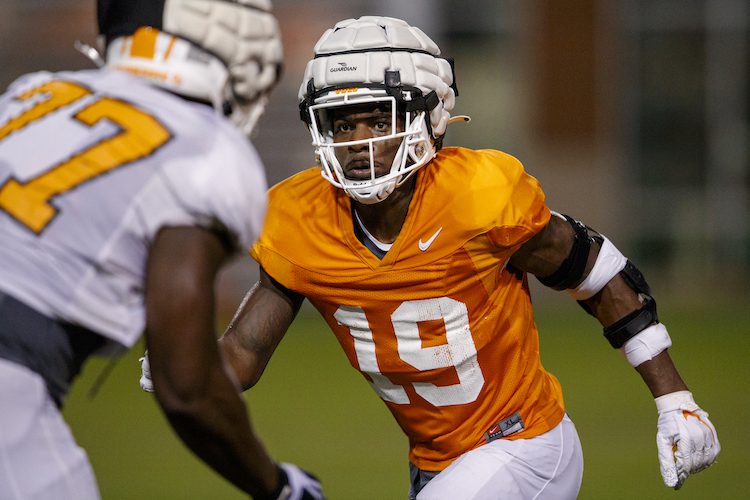 Vols head coach Jeremy Pruitt has been around plenty of talented defensive players throughout his coaching career.

At Alabama, Pruitt helped develop several players and send them off to the NFL. Particularly at linebacker and in the secondary. Ryan Anderson, Reuben Foster, and Minkah Fitzpatrick are just to name a few. But there’s one particular former Alabama product that Tennessee freshman linebacker Morven Joseph reminds Pruitt of.

“He’s (Joseph) a guy that really is a four-for-four guy,” Pruitt told reporters over Zoom recently. “He can play all four (linebacker) positions. Reminds me of a guy I coached before that plays for the Titans, Rashaan Evans. Very similar body movements, an instinctive guy.

“In high school he played defensive end and he also played inside linebacker, so he’s a guy that has bounced around like that. He’s smart, he works hard. He’s been a pretty good special teams player so far, so he’s just got to continue to work and he’ll do that.”

Joseph hasn’t played much this season, but Pruitt is clearly a big believer in the potential of the Lakeland, Florida native.

He’s played in five games this season and made his Tennessee debut in the Vols’ season-opening win at South Carolina, recording one tackle. Joseph registered his first-career tackle for a loss two weeks later with a half tackle for loss on the road against then-ranked No. 3 Georgia.

Tennessee is currently on a bye week. The Vols will return to action next Saturday when they travel to Arkansas to take on the Razorbacks. Kickoff is scheduled for 7:30 p.m. ET.