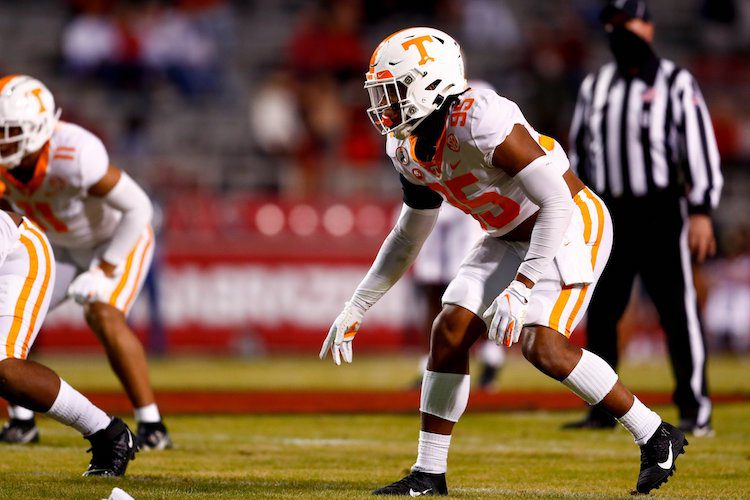 Tennessee redshirt junior outside linebacker Kivon Bennett has been dismissed from the team according to school officials following a Tuesday morning arrest on weapons and drugs charges.

“Kivon Bennett has been dismissed from our football program following a traffic stop earlier today,” Vols head coach Jeremy Pruitt said in a statement. “There is a standard our student-athletes are expected to uphold at Tennessee, and today’s incident fell well short of that standard.”

Bennett was pulled over for speeding on Neyland Drive Tuesday morning, according to the police report. The arresting officer smelled a strong odor of marijuana when he approached Bennett’s vehicle. He told the officer that he had marijuana in the car and a Glock 17 under his driver’s seat.

The officer found around 44.9 grams of marijuana, a black digital scale and 58 plastic baggies to go along with the handgun.

Bennett currently leads the Vols in tackles for loss (7.5) and is tied for second in the SEC. He is tied for the team lead in sacks (4.5) and fourth in the SEC. Against No. 21 Auburn in Tennessee’s last outing, he tied his career-high in tackles (5) and sacks (2.0), while setting a new career high with 3.0 TFLs.