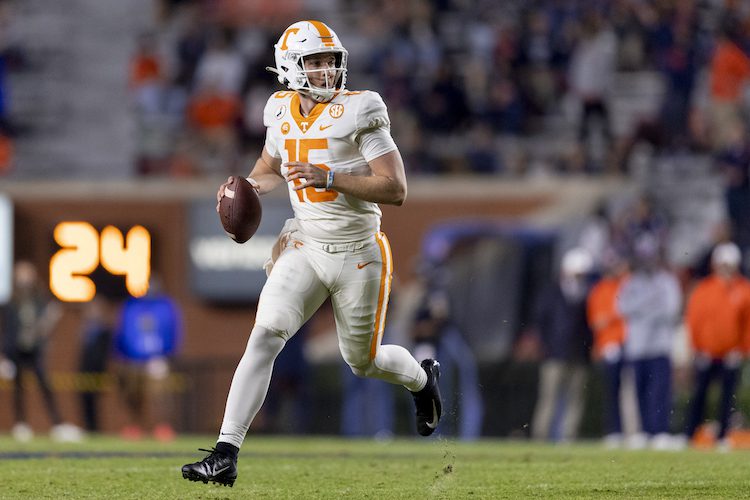 “To what extent, we’ve not decided yet,” Pruitt said.

Saturday would be Bailey’s first career start if he were to be the first quarterback to trot out on the field against the Gators. The 6-foot-5 quarterback has played in three games for the Vols this season.

Bailey is 14-of-23 passing for 175 yards and two interceptions this season. He has not thrown a touchdown in his limited playing time. The Marietta, Georgia native has only entered the game towards the end when the game has been in hand for Tennessee’s opponent.

“I really don’t think the issue is the playbook,” Pruitt said Monday. “Harrison is a smart guy who has worked really hard. It’s been more about opportunities and getting live opportunities. He’s had a chance to do more and more of that as the season has gone.

“When you just talk about the volume of work, playing a little bit at the end of the Kentucky game, the Arkansas game and a couple of weeks ago against Auburn has been really good for him, just for the speed of the game to prepare him for the future. That’s been really, really good. He works hard every single day. He’s developing more leadership around the rest of his teammates. That’s part of being a quarterback is getting the other 10 guys to be at their best. He continues to do what we ask him to do.”

“I’ve tried to be as transparent as we can with it,” Pruitt said. “We can’t say exactly who, but these guys that are out there practicing are working hard to create chemistry with our guys, so we’ll continue to do that this week.”

Pruitt went on to say that it would be hard to play any player that has been in contact tracing and coming out of quarantine the day of the game.

Tennessee and Florida is scheduled to kickoff at 3:30 p.m. ET on CBS Saturday afternoon inside of Neyland Stadium.