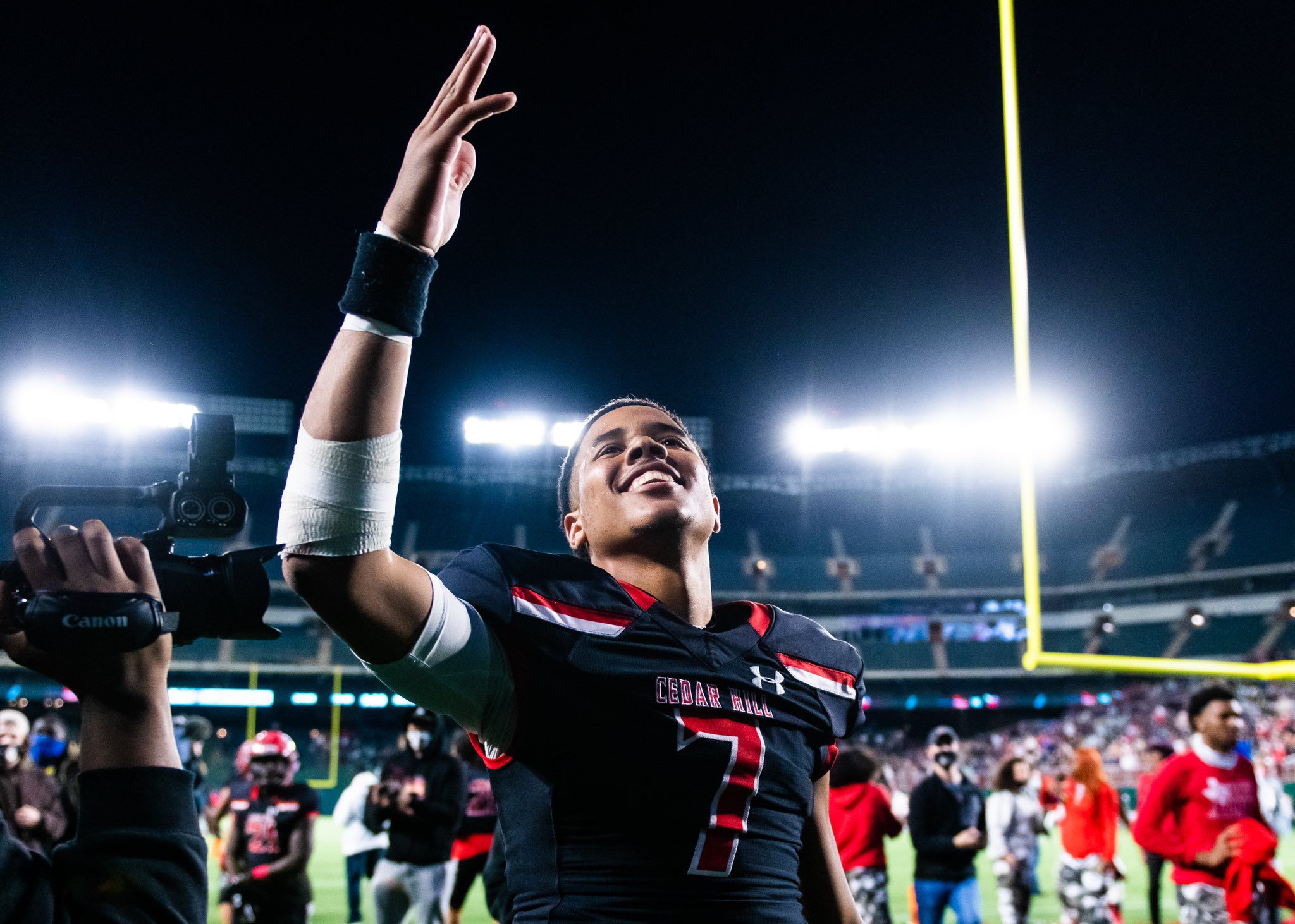 The 15-yard touchdown toss after improvising on the play sent his Cedar Hill High School football team to the state semifinals for the first time since it won a state championship in 2014. Cedar Hill defeated Rockwall-Heath High School of Rockwall, Texas 27-24.

Salter finished the game 20-of-37 passing for 268 yards and three touchdowns. He added 86 rushing yards on the ground as Cedar Hill improved to 11-1 on the season courtesy of the quarterfinal victory.

Cedar Hill’s next game will be against Guyer High School of Denton, Texas. The game will be played next Saturday at 1 p.m. central time at McKinney ISD Stadium in McKinney, Texas. It’ll be a rematch of the 2019 area-round game that ended Salter’s junior season in the second round of the playoffs when Guyer defeated Cedar Hill 50-41.

The 6-foot-1.5, 185 lbs. signal-caller signed with Tennessee on Dec. 16. Salter will be an early enrollee. If Cedar Hill advances to the state championship game, however, he won’t arrive until after Jan. 16.