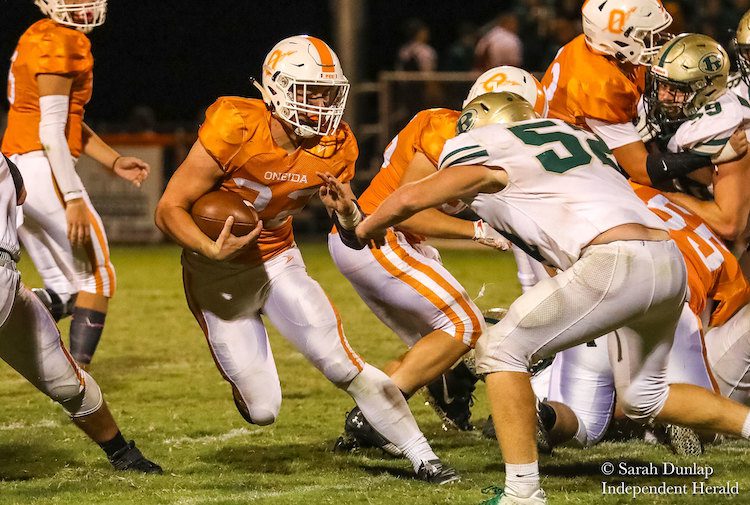 “First off I would like to thank God for everything he has blessed me with,” Morgan wrote on Twitter. “Also I want to thank all of my family and friends for helping me out throughout this process. I want to thank every coach I have had in my life.

“Finally, I want to thank coach Pruitt, coach Graham, Coach Blount and the entire coaching staff at Tennessee for this opportunity, with that being said, I am excited to announce that I am 100% committed to the University of Tennessee! Go Vols!”

Morgan also played running back at Oneida High School. He rushed for 1,308 yards as a season and scored 18 total TDs as he tallied 1,708 all-purpose yards in nine games. He finished his high school career with 3,260 rushing yards, 4,706 all-purpose yards and 48 total touchdowns. As a punter, he averaged 41.3 yards per punt.

The 6-foot, 195-pounder was one of five semifinalists for Tennessee’s Class 2A Mr. Football Award at the end of the 2020 season due to his performance as a senior. He was named to the Tennessee Sports Writers Association and Tennessee Football Coaches Association all-state teams as a punter.

Morgan is the second known specialist to commit to Tennessee in the class of 2021. JT Carvin of Martin, Tennessee signed with the Vols during the early signing period as a kicker.