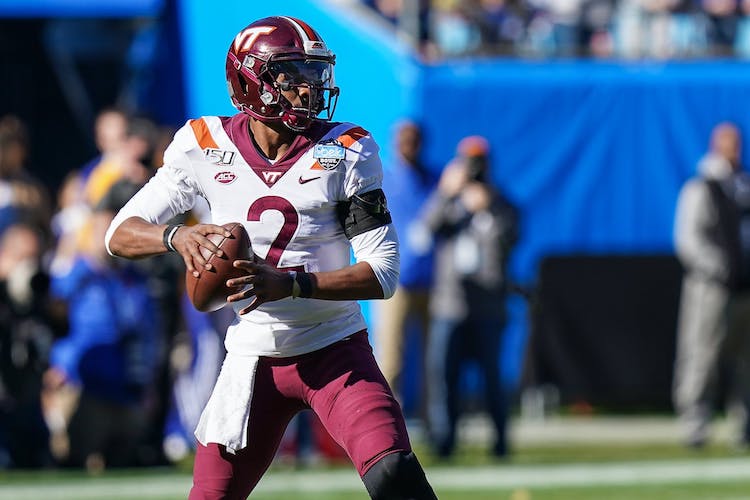 Tennessee has added much-needed help to the quarterback room.

“Dream chasing is an occupation,” Hooker wrote on Twitter while posting a graphic of him playing football in a Tennessee jersey. “Those with the job understand the process of manifestation. Committed.”

“To Hokie Nation,” Hooker said when he announced his transfer. “2020 has had its ups and downs, but I am grateful for God’s grace. I am forever thankful to Virginia Tech for helping me to become the man I am today.

“Thank you Coach Fuente and Coach Cornelsen for giving me the opportunity to play the game that I love and to be a thread in the fabric of Hokie Nation. Also, a special thanks to the staff and trainers for believing in me. Thank you to all of the fans that have supported me throughout the years. Upon December graduation, I have decided to enter the transfer portal. This is one of the hardest decisions I’ve ever had to make. Being a Hokie has been an unforgettable experience. To all of my brothers, I love you all like my blood. Captain Hook signing out. Once a Hokie, always a Hokie.”

Hooker split time this past season with Oregon transfer Braxton Burmeister. He missed Virginia Tech’s first two games of the season due to injury, but returned to action in Week 3 and started seven of the Hokies’ eight remaining games.

Hooker has two years of eligibility remaining. He joins a Tennessee quarterback that currently has two quarterbacks on scholarship in Harrison Bailey and Brian Maurer. Four-star quarterback signee Kaidon Salter is set to be an early enrollee.