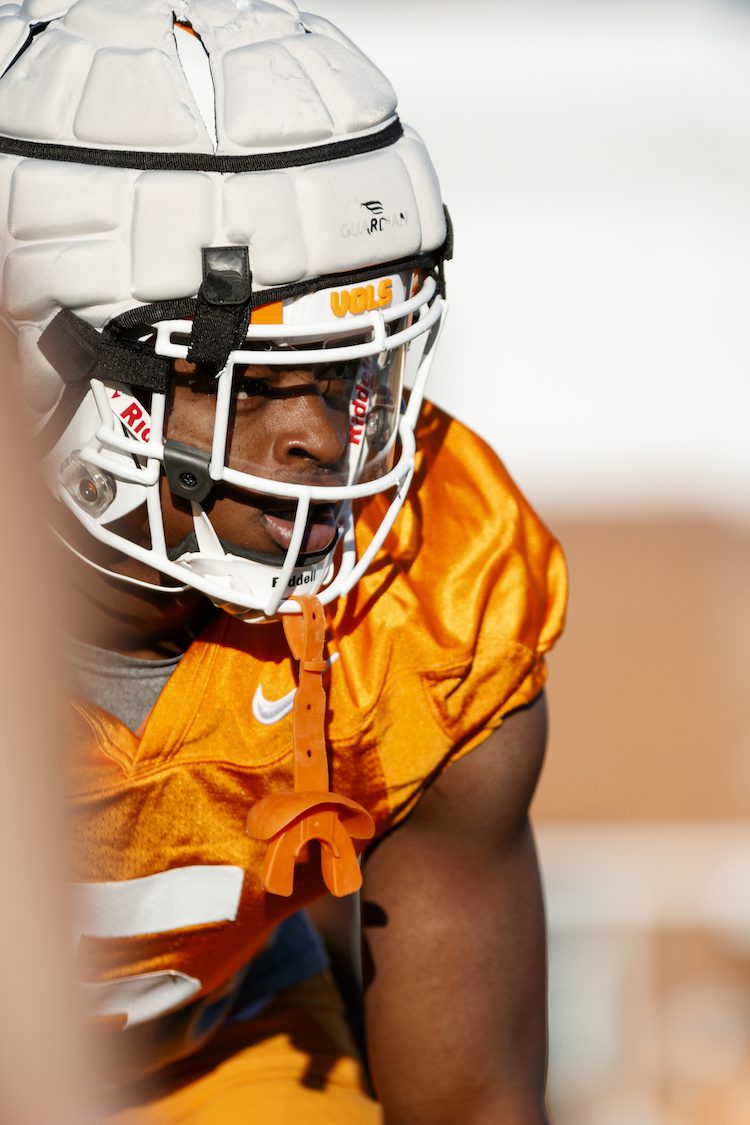 Tennessee senior defensive back Kenneth George Jr. has announced he will return for another season on Rocky Top.

“First I want to thank God for allowing me to be in the position I’m in today,” George said in a graphic he posted to Twitter. “Only my family and closest friends know what it took for me to get here today. I want to thank my family for being with me every step of the way as I continue to pursue my lifelong dream.

”I came to Rocky Top for two reasons — to earn my degree and be the best defensive football player I can possibly be. I have completed one of those goals already, earning my degree this past semester. I want to thank my academic counselors for being with me every step of the way. I want to thank Coach Pruitt for giving a kid who only played one year of football the opportunity to play at the SEC level.”

George has played in 25 games and made 10 starts for Tennessee after spending two years at Trinity Valley Community College.

”As we all know, 2020 was a different year for all of us with everything going on around the country,” George said. “With that being said, I feel that it’s only right that I return to Tennessee for my final season as I continue to goal of being the best player I can possibly be.

“There is so much more I have to learn about the game, and I wouldn’t want to learn anywhere else but here at Tennessee. To my teammates, I look forward to another year playing with you guys as we continue to grow as young men and players.”

Back to work … they still doubting me 🥱 pic.twitter.com/qRO3B9KJvS

The Lafayette, Louisiana native signed with the Vols as a three-star corner out of junior college. He was considered the 167th overall player in the country, the 21st-ranked corner and the 20th-best player from the state of Texas.

George played in eight games and made four starts this past season. He totaled a career-high 25 tackles and six pass breakups. The 5-foot-11, 200-pounder his first-career fumble recovery, had a pass breakup and recorded two tackles at #3 Georgia

In 2019, his second season in Knoxville, George appeared in all 13 games and made six starts at cornerback. George finished with 19 tackles, three pass breakups and one interception. He made his first-career interception at home against Mississippi State in October.

In his first season with the Vols, he played in the first four games of the fall before suffering a season-ending injury. He totaled three tackles as a reserve defensive back and special teams contributor.

George’s decision to return for another season is significant after junior corner Bryce Thompson announced that he was declaring for the NFL Draft.

The Starting Five: Presbyterian and Colorado