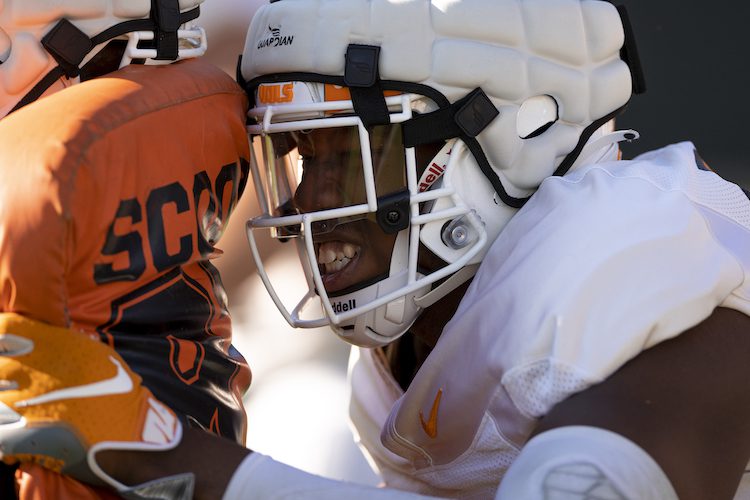 In two seasons with the Vols, the former five-star offensive lineman out of Grayson, Georgia made 19 starts in 22 games. All but two of Morris’ starts were at the left tackle position along the o-line.

Morris played in nine games and made seven starts this past season, five of which were at left tackle and two as a blocking tight end in Tennessee’s “jumbo” package. He did not play against No. 2 Alabama in the middle of the season due to an ankle injury.

The Georgia native was a five-star prospect coming out of Grayson High School. Morris was considered the No. 28 overall player in the country according to the 247Sports Composite rankings for the class of 2019. He was ranked as the sixth-best offensive tackle and fifth-best player from the state of Georgia when he chose to play for the Vols over Auburn.