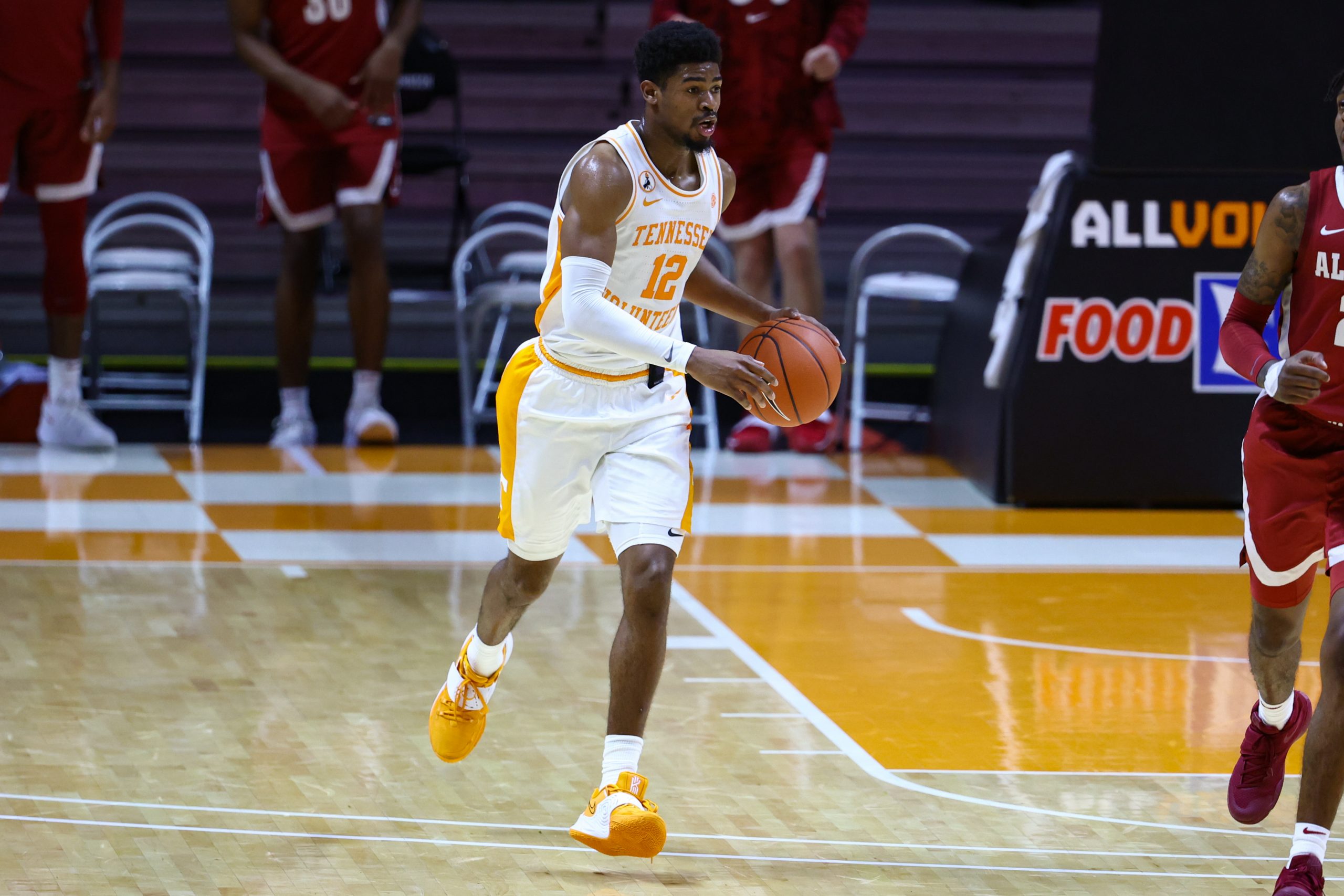 No. 10 Tennessee is back in action on Saturday night against the Vanderbilt Commodores following a week off. The Vols were scheduled to play in Nashville on Tuesday night, but COVID issues within the Vandy program forced the game to be postponed.

Vanderbilt (4-5, 0-3 SEC) arrives in Knoxville having lost three in a row. The Commodores lost 84-81 to Mississippi State in their most recent game. Scotty Pippen Jr. had a team-high 18 points, to lead his team in scoring for the seventh time this season.

The Rocky Top Insider team had made their picks for Tennessee’s matchup with Vanderbilt. Managing editor Ben McKee, as well as RTI contributor Blake Von Hagen share their predictions for 200th matchup between the Vols and Commodores.

It simply comes down to containing Scotty Pippen Jr. for Tennessee. It does that and the Vols will win their fourth consecutive game after losing their first game of the season to Alabama two weeks ago. Pippen has the second-highest usage in the country and for good reason. He may be the best player on the Commodores’ roster, but it’s also a roster that doesn’t quite have the depth in year two under Jerry Stackhouse.

It’ll be business as usual for the Vols on Saturday as they cruise to a win.

It’ll be business as usual because Pippen hasn’t faced a group of guards like what Tennessee will throw at him on Saturday. Whether it’s Keon Johnson, Jaden Springer, Josiah-Jordan James, Victor Bailey Jr. or Yves Pons, Pippen will be thrilled to hear the final buzzer and get back to Nashville. Pippen just doesn’t have a ton of help, which should lead to one of his tougher outings on the season.

Tennessee has a chance to add another win to its resume when it faces Vanderbilt on Tuesday night. The Commodores have lost all three of their SEC games, but the last two have come by a combined six points. They also dropped non-conference games to Richmond and Davidson. Vanderbilt has been bad defensively, allowing teams to shoot an effective field goal percentage of 51.0 (No. 210 nationally). Tennessee has not shot particularly well, but it has avoided turnovers and given itself second chances on the offensive glass.

This game will come down to the No. 2 defense in the country against guard Scotty Pippen Jr. He is averaging 21.6 points per game and is one of two double-digit scorers on the team. The other is forward Dylan Disu, who is adding 12.7 points per game. It’s going to be tough for the Commodores to keep pace with a balanced, deep Tennessee lineup. This is going to be an intriguing matchup for the Vols’ young guards, but their depth will be too much for Vanderbilt to keep up with.

Bailey is playing great basketball and will get some nice off-ball looks in this game. He will be the recipient of kick-out passes from Keon Johnson and Jaden Springer.