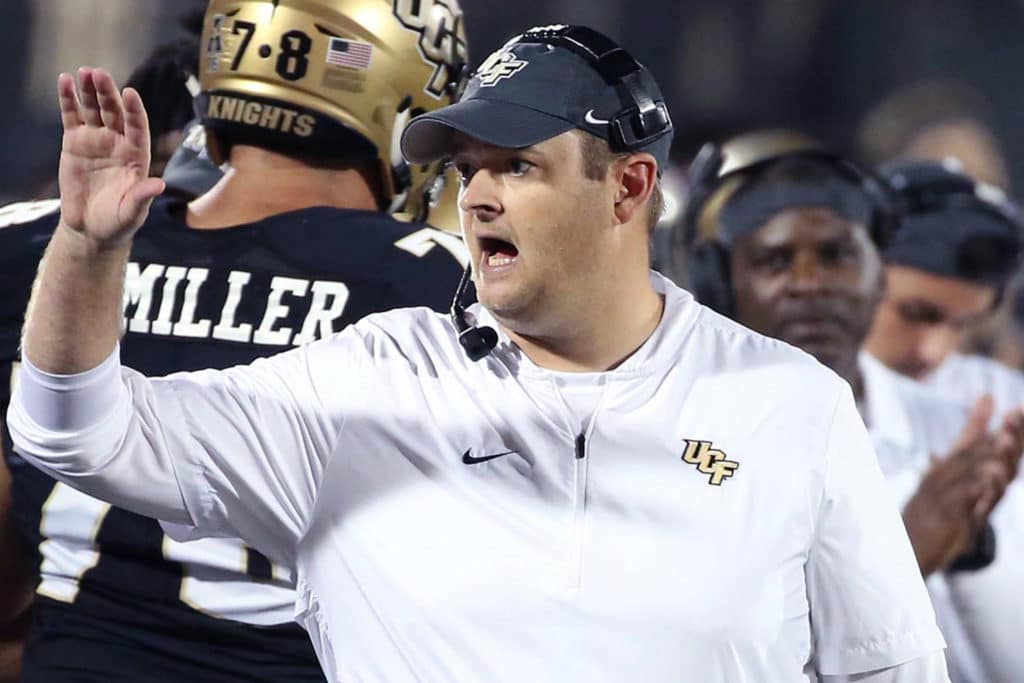 Central Florida head coach Josh Heupel has emerged as a leading candidate to be Tennessee’s next head football coach, according to a report from Austin Price of VolQuest.com. New UT athletic director Danny White hired Heupel at UCF’s new head coach in 2018 after Scott Frost departed for Nebraska.

Heupel is 28-8 in three seasons as UCF’s head coach. He went 12-1 in the first season after Frost left in 2018, guiding the Knights to a Fiesta Bowl appearance against LSU. Heupel followed his debut in Orlando up by going 10-3 in year two, ending 2019 with a bowl game win. This past season, UCF went 6-4 and lost in the Boca Raton Bowl to end the year.

The 42-year old was a star quarterback at Oklahoma, where he led the Sooners to a National Championship after transferring from Weber State. Heupel was the Heisman Trophy runner-up in 2000. He was also an All-American, the AP Player of the Year, and a Walter Camp Award winner. Heupel led the Sooners to an undefeated season and a national championship with a victory over Florida State in the 2001 Orange Bowl.

Heupel was drafted by the Green Bay Packers in the sixth round of the 2001 NFL Draft but retired after dealing with shoulder tendinitis in his throwing arm. He returned to Oklahoma following his playing career, where he served as a graduate assistant under Bob Stoops. Heupel was an assistant under Stoops at Oklahoma from 2006-2014 after serving as Arizona’s tight ends coach in 2005.

White was hired by Tennessee last Thursday after Phillip Fulmer retired in the wake of Jeremy Pruitt being fired for cause under his watch.