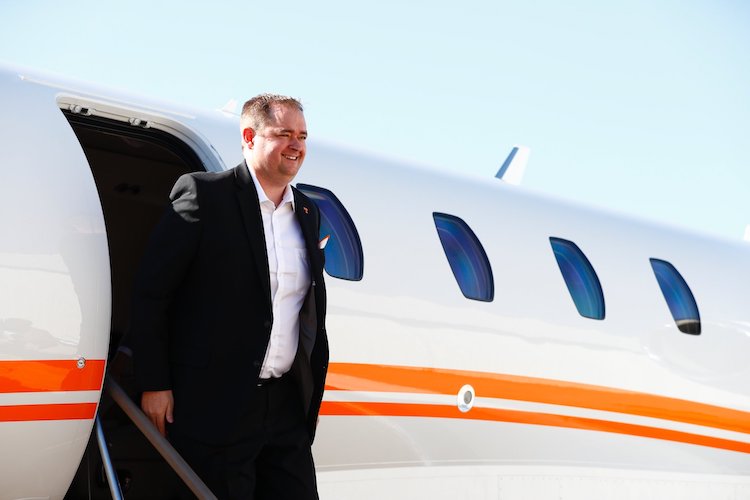 Heupel discussed what the first couple of days as head coach has been like, meeting with individual players and if they begin with a clean slate under a new head coach, what he learned during his time at Oklahoma as a quarterback and if he grew up wanting to play this position. Here’s everything Heupel had to say on Monday night:

On the first couple of days as Tennessee’s head coach:

“It’s been a wild ride here so far. It’s been a lot of time just juggling a lot of different balls in the air kind of. I think first and foremost, the No. 1 thing you’ve got to do is try to get to know your roster, get a chance to talk to your football team and find out just the things that they’re looking forward to or that they want and might be missing inside your program. You have that initial conversation, but a lot of players have been coming in here just having individual conversations. Got a chance to watch them work out a couple times, be with them, and that part’s been great. Got a little bit of recruiting that’s going on as well with a current class that you’ve got signing day here in a couple of days, but you’re also pushing forward on a ‘22 class that in some ways you’re probably way behind on because you haven’t had familiarity with this group. Then you’re trying to hire a staff, too, and find your way to bed at night and find your way around town.”

On if he’ll set up individual meetings with the players:

“I think, for sure, you’re talking to your entire football team. Then I had another conversation with just the leadership council where you get a chance to be a little bit more intimate. The conversation with the entire team was awesome. They partook in it. I think there’s great energy, there’s great leadership inside of it. They were pretty clear on some of the things that they want out of their experience here. A lot of that, you’ve heard me say this word a lot, but just the connection piece. I think that was lost all over college football this year and everybody’s experiencing that with Covid. This is a tough game played by tough men, but at its core, you play this game because of that feeling you get inside of the locker room, and we’ve got to reconnect our football team in a really good way. As our staff gets here, we’ve got to connect in there as well, and as a new staff you’ve got to put a ton of time and energy into finding out what makes your players tick, what are their great successes, what are the trials and tribulations that they’ve had to overcome and you try to find out who they are. You do all that while you’re building toward spring ball.”

How he has prioritized his first days as head coach:

“It’s a busy day, it is a full plate, for sure. Each day, I’ve tried to chip away at the ‘22 class, really primarily focused on the guys that are in-state. You’re far enough behind in the recruiting process, you’ve got to try to have that general conversation with those guys and introduce yourself to them. I’ve chipped away on that with those guys a bunch, today as well on the phone, through text messages and some calls. Got to also introduce yourself to the coaches in this state, too, and did some of that today. I think our current roster, there’s a certain time of day where they’re lifting and running, and I’ve tried to be down there for a majority of the workouts, just to celebrate their successes, let them know that I care and am watching. Then you’re working on your staff at any and every moment in between that.”

On when he would like to have his staff in place:

“I look at it really as, we had a large staff in Orlando in UCF, and I’m talking about your support staff. You got your 10 main coaches. We’re chipping away at that. I like where we’re at and where we’re heading with our on-field coaches. At the same time, you’re the CEO of really, in most respects, a large corporation, too, so making sure that your support staff is right as well, so bit by bit with the people that you feel strongly about and it ends up being the right fit, you start moving those guys to Knoxville to help your current players and get their feet on the ground.”

On if players begin with a clean slate under a new coach:

“I told our football team, you never judge them for who they were yesterday; you always judge them for who they are today. That’s on the field and that’s off the field, and I think they’ve got to have an opportunity to grow as young men and as players inside your program. They come in, they’re 18 years old, they’re young men, they think they probably know more than they actually do. I say the same thing about myself at the age of 30. I’m a lot wiser now than I was then But you help them through the process. Everybody comes in at a different spot in the maturity meter and you try to push them as far forward as you can as fast as you can. Watched some game tape, short clips, might be 20 to 30 plays on a guy so you get a little bit of familiarity. You watch them in the weight room, at the same time expect them to make a bunch of gains inside the weight room and then you try to put them in a position of success as we get close to spring ball and as we move through and get a lot better understanding of your players once you finish those 15 practices.”

On if he recruited the state of Tennessee while at UCF:

“I recruited it as a spot-recruiter, I’ll say, in different places I’ve been with a national recruiting brand. Have come through Tennessee and recruited. Being on the offensive side of the ball, a lot of that was for offensive players, whether that’s a skill player or a big man. When I was at Missouri, Memphis was one of my national cities that I owned as a recruiter. Spent a lot of time there for three recruiting cycles and got a chance to know a lot of the coaches that are on the ground there.”

On if he grew up wanting to be a quarterback:

“Man, I grew up in and around the game. My dad was a head coach of a small Division II college. He was the defensive coordinator, man, so I was at linebacker meetings, DB meetings, I ran scout-team triple option for him a little bit. Did it all and dreamed of being a defensive back and then I moved to linebacker and figured out that I wasn’t athletic (enough) for either of those and better make a permanent move to the other side of the football. I do think all my experiences on defensive meetings just growing up helped me look at the game a little bit different and accelerated my understanding of coverages and fronts and how everything gets paired together. I think that was a big part of my success as a player in the way that I see the game. I tell my son, he’s 10, playing football, he’s all quarterback all the time. I encourage him to go play other positions, too, and learn some different skill sets.

“Really for me, seventh and eighth grade. In South Dakota, seventh grade was the first time that you got a chance to play tackle football. Before that, there were two years of flag football. Seventh and eighth grade, played a little bit of that, played a little bit of wideout, some tight end. My ninth grade year, got bumped up to the sophomore team as a quarterback and thought I maybe had a future of some type at that position. Ended up starting as a sophomore, and we weren’t a very good football program at that time. Really good basketball program. But we turned our town into a really good football program by the time we were done. Took a lot of pride in just building that, and that’s been one of the great joys just for me, the different places I’ve been, not walking into a place that’s competing at the highest level and maybe their peak as far as the success of their program, but helping building something, and that’s obviously the greatest opportunity here is to be a part of rebuilding our brand to being one of the most elite in college football.”

What he learned while playing quarterback at Oklahoma:

“My offensive coordinator when I got to Oklahoma was Mike Leach, and if you’ve ever heard Mike talk, you learn a lot of things from Coach Leach. But I think at that time, the game really started to change, putting your skill players in space and throw them the football at the level that we were. That was relatively new at that time. People here in Knoxville and throughout the state will understand, he had come from Kentucky where he and Hal Mumme had just kind of introduced that offense to the SEC with Tim Couch at Kentucky at that time. Got a chance to grow in that. A lot of those things from the playbook or what we did offensively are still a basis conceptually to some of the things that we do. Obviously the game’s continued to evolve.

“After that, my next year, our offensive coordinator was actually Mark Mangino, the old coach from Kansas, but my quarterback coach was Chuck Long from Iowa and his playing days and the Detroit Lions. Just did a great job of teaching the fundamentals and technique. Kind of paired those two guys together in what I do as far as coaching style inside the quarterback room, and have just continued to grow as a play-caller. We try to be aggressive, man. I believe in trusting your skill guys and trusting your quarterback and your players to go out and execute the things that you put them in a position to do during the course of the week and put the ball in their hands and let them go play ball.”

On the biggest misconception of his offense:

“Easily, sometimes guys get so caught up in the pass game that our numbers have been relatively good here the past couple of years. We’ve thrown and caught it really well, but for us, it does, it starts up front being able to be physical and run the football.”