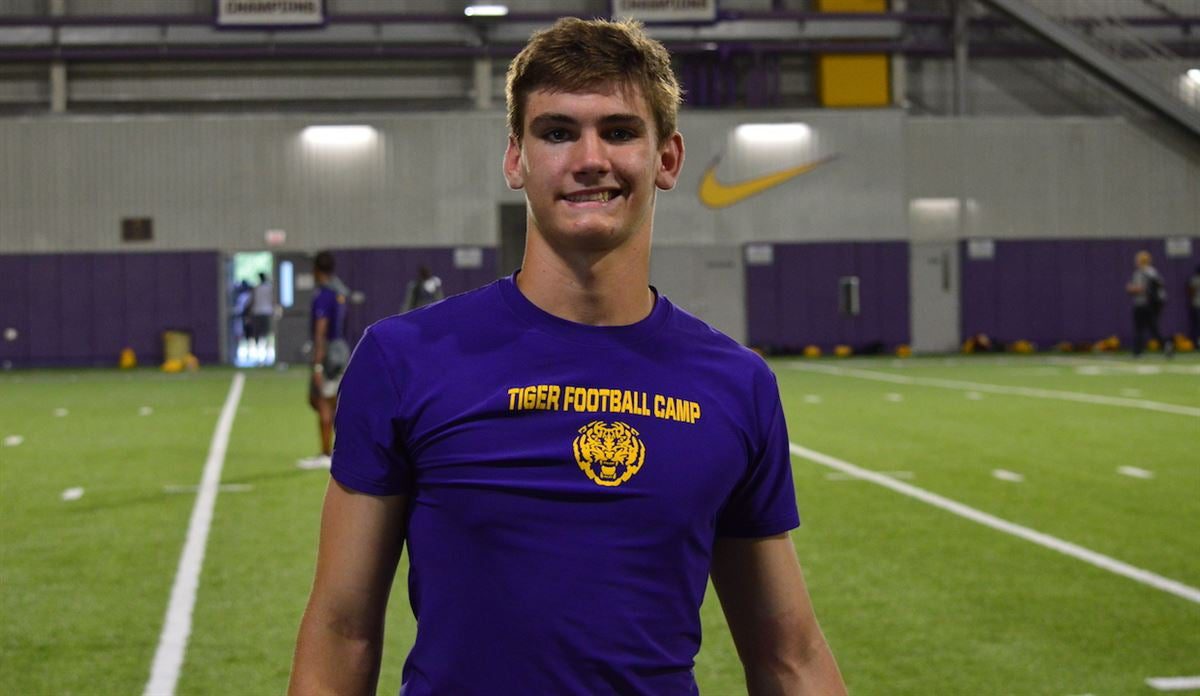 Tennessee’s most coveted recruit in the 2022 recruiting cycle is ready to announce his collegiate decision. He’s decided to push his announcement back a week, however, as a result of ongoing inclement weather throughout the South.

“Due to inclement weather, and the closing of my school,” Simpson tweeted on Monday afternoon. “I will be delaying my commitment announcement until Friday, February 26 @ 2pm/CST at Westview High school.”

Due to inclement weather, and the closing of my school. I will be delaying my commitment announcement until Friday, February 26 @ 2pm/CST at Westview High school.

Simpson recently announced that he was going to announce his collegiate decision this Friday, Feb. 19. The Martin, Tennessee native is rated as the No. 42 overall player in the country and the No. 2 overall dual-threat quarterback according to the 247Sports Composite Rankings for the class of 2022. He’s viewed as the second-best player in the state of Tennessee for his class.

“Alabama, Clemson, Tennessee, Texas A&M, Ole Miss and Texas are a big part of my recruitment right now just because of the SEC and getting the best out of me and my abilities, the coaching staff and the relationships,” Simpson said on Nashville’s 104.5 The Zone’s 3HL with Brent Doughtery and Dawn Davenport on Friday to preview his upcoming decision. “Those are my top schools. I’m just praying to God that I have (six) schools that if I came there, I would have a heck of a time if I went there.”

Tennessee made Simpson’s top 10 on Dec. 10 of last year along with Alabama, Clemson, Ole Miss, Florida, Texas, Auburn, Texas A&M, Oklahoma and UT Martin. But that was with Jeremy Pruitt as UT’s head football coach, who had a great relationship with the 6-foot-2, 185 lbs. gunslinger.

Simpson has plenty of Tennessee ties. Not only has he grown up in the Volunteer State as his father, Jason Simpson, has served as head coach for Tennessee-Martin, but his mother’s side of the family grew up Vol fans. Former Vol offensive lineman Chad Clifton and defensive lineman Justin Harrell also graduated from his high school.

“I’ve always loved Tennessee because of the University,” Simpson said. “Of course, Coach Pruitt, Coach Weinke and Coach Chaney were one of my first offers. I can’t thank them enough for how much of a big part of my recruitment they’ve been. You also have to think, you’re going to a university to play for that university. You’re not going to play for a coach, nothing like that, even though a lot of guys do that. I don’t go into it that way.

“So, I would say that I’m back to trusting Tennessee. I never lost trust in them, but I just know that me and Coach Heupel and Coach Golesh and all those guys, if I go there, I feel like I would have an awesome relationship with them and just have fun. That’s what the players there are telling me now. JT Carver, Cooper Mays, all those guys who are there now are telling me, ‘Ty, it is fun here. We’re going to win games because we care about each other and we’re all in it together.’ That’s what I like to see in a program.”