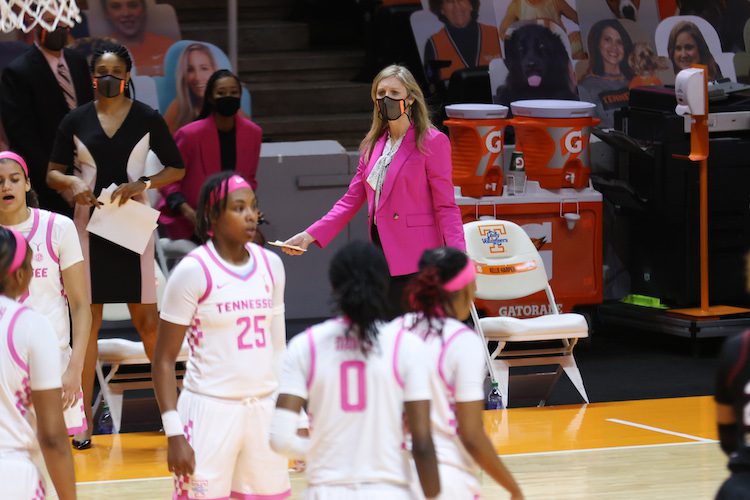 Kellie Harper’s 21st-ranked Lady Vols pulled off a monumental upset on Thursday night in Thompson-Boling, defeating No. 2 South Carolina 75-67 behind 24 points from Rennia Davis. The win snapped the Gamecocks’ 31-game conference winning streak and was the Lady Vols’ first win over a top-five team since 2017.

All 24 of Davis’ points came in the second half as she was one of three Lady Vols to score double-figures. Junior guard Rae Burrell was 9-of-17 from the field for 19 points, while sophomore guard Jordan Horston chipped in 12 points, respectively.

Here’s everything Lady Vols head coach Kellie Harper said about her team’s performance in the win:

Here’s everything South Carolina head coach Dawn Staley said about her team’s performance in the loss: