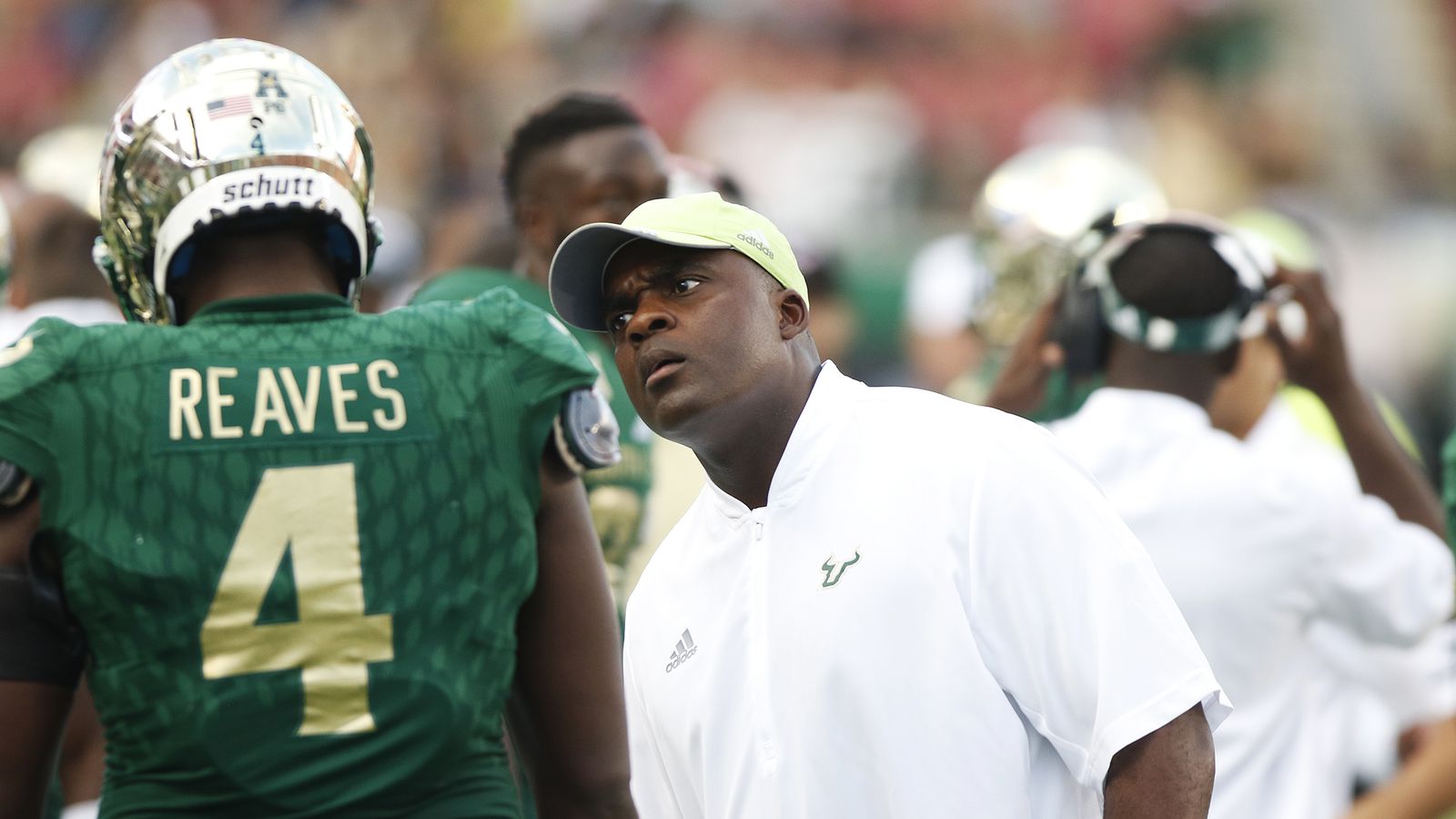 At USF, Jean-Mary’s defensive units were consistently among the nation’s best in turnovers created, tackles for loss, and pass defense. In his first year, USF listed top-25 nationally in six categories, including sacks per game (3.0, 11th) and interceptions (20, second). The Bulls led the AAC in total defense (359.8 yards per game) and scoring defense (21.5 points per game), improving from 120th in total defense and 92nd in scoring defense to 37th and 41st, respectively.

At Texas, Jean-Mary was the linebackers coach. He developed four All-Big 12 players and an All-American in Jordan Hicks, who was selected in the third round of the 2015 NFL Draft.

Before Texas, Jean-Mary worked as assistant head coach/linebackers coach at Louisville. Five Cardinals were selected in the NFL Draft during his time there: defensive backs Calvin Pryor (2014, first round) and Johnny Patrick (2011, third round), defensive ends Marcus Smith (2014, first round) and Greg Scruggs (2012, seventh round), and linebacker Preston Brown (2014, third round).

Jean-Mary spent six seasons coaching linebackers at Georgia Tech from 2004-09, guiding the defense to top-30 seasons in rushing defense, scoring defense, and total defense in five of his six years on staff. The Yellow Jackets led the nation in sacks and ranked second in tackles for loss in 2007, and finished top-20 in both categories the next season as well. Linebacker Gerris Wilkinson (2005) and Philip Wheeler (2008) were third-round NFL Draft picks under Jean-Mary and Georgia Tech.

Jean-Mary got started as a graduate assistant on the strength and conditioning staff at Louisville in 2000 before spending two seasons under Lou Holtz at South Carolina, where he was a defensive graduate assistant coach (2001-02). He then got his first full-time coaching job at North Alabama in 2003.

Jean-Mary is a native of Apopka, Florida. He earned his bachelor’s degree in 1998 in political science from Appalachian State, where he played linebacker from 1993-97.