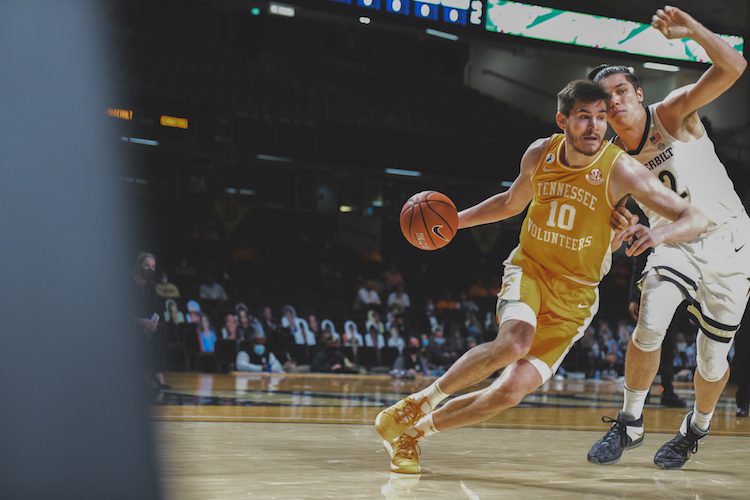 Tennessee’s duo of senior forwards, John Fulkerson and Yves Pons, met with the media on Wednesday afternoon to preview this Sunday’s senior day game against Florida. With a win, the Vols would secure the fourth seed in the SEC Tournament and a double-bye.

Pons spoke first and discussed his time as a Vol over the last four seasons, including what he remembers about when he visited Knoxville for the first time and how emotional Sunday will be for him. He discussed his memories, how he has grown, how long it took him to adjust to moving from France to America and much more. Here’s everything Pons had to say:

Fulkerson then spoke at length about his career at Tennessee, but he also spoke about the possibility of taking advantage of the free year of eligibility and what will go into that decision. The Kingsport native also discussed what he’s doing to try and break out of his slump. Here’s everything Fulkerson had to say: