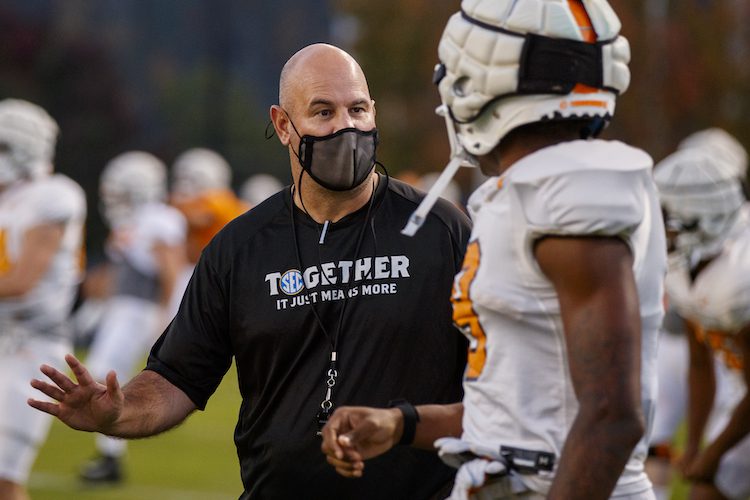 Two former Tennessee football head coaches have new jobs in the NFL. The New York Giants announced today that Jeremy Pruitt has been hired as a senior defensive assistant. The other notable move for the Giants was the promotion of Derek Dooley.

Giants head coach Joe Judge has moved Dooley to the tight ends coach, as he was previously an offensive assistant.

The Giants have a good amount of previous ties to the University of Tennessee now, as Kevin Sherrer is also on the staff, serving as the inside linebackers coach. That isn’t all, as former strength and conditioning coach Craig Fitzgerald serves in the same capacity for the Giants. Also on the Giants staff is Maleik Gatewood, who served as a graduate assistant on the Jeremy Pruitt staff as well.

It’s been almost two months since Pruitt was fired at Tennessee for cause, pertaining to the internal investigation into potential recruiting violations and impermissible benefits. On January 19th it was announced by Chancellor Donde Plowman that Pruitt, along with nine other staffers, had been fired. This way also the same day that AD Phillip Fulmer “stepped away” from his role, as he still collects over $37,000 per month from the university.

Since Tennessee fired Jeremy Pruitt for cause, the ongoing legal situation involving a buyout from Tennessee is still in the works. It is safe to say that neither Tennessee nor Pruitt want this thing to end up in a courtroom, so any kind of money would most likely be handled between lawyers.

The most interesting part of this story is that fact that the New York Giants are now employing five different former Tennessee coaches at the same time. I honestly can’t remember a situation like this. In any capacity, the Giants are getting a defensive guru in Jeremy Pruitt and he will most likely be a valuable asset to the organization.

Those staff meetings will sure be interesting in New York, just as they were in Knoxville.