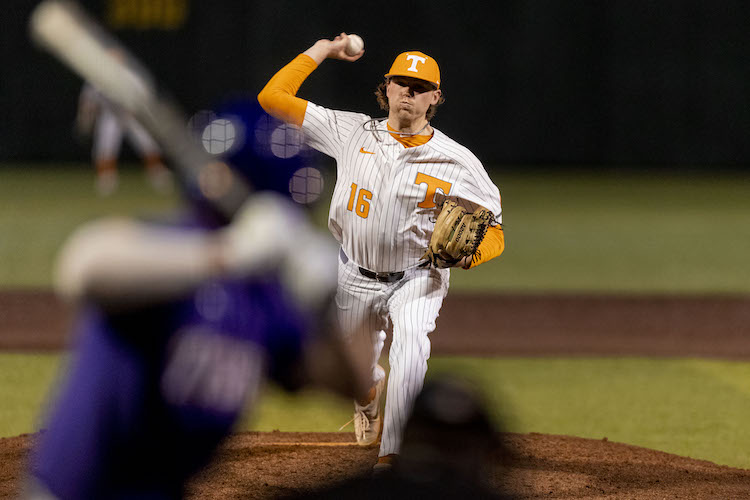 Each Monday we recap the previous week’s news and notes from around Tennessee Athletics. This is the place for Vol fans to catch up on any of the action they may have missed.

The Volunteers held their first spring practice of the Josh Heupel era on Thursday afternoon. Practice was held in conjunction with Tennessee’s Pro Day. NFL coaches and scouts descended on Knoxville to evaluate the likes of Trey Smith and Josh Palmer who will be entering the NFL Draft in April.

The first spring practice of the year was held later in the day as Heupel and his staff got their first up close look at their roster. The players also got their first taste of what Heupel’s schemes will look like, especially on offense. Senior receiver Velus Jones Jr. seemed to like his new head coach’s style, telling the media that Heupel’s offensive system was “a dream come true for a receiver.” This could signal a drastic departure from the Vols’ offenses of past seasons. Offenses that often struggled to convert explosive plays and score points. Heupel’s will look to be much more dynamic on offense and bring a new energy to Neyland Stadium come Fall.

The Lady Vols faced off against Michigan in the second round of the NCAA Women’s Basketball Tournament on Tuesday. Unfortunately, Tennessee had one of their worst performances of the year on offense and the Lady Vols bowed out of the tournament early with a 70-55 loss. Tennessee could not get the car out of park on Tuesday, managing only 12 points in the first quarter, and meager 7 points in the second quarter. Michigan left Tennessee in the dust in the 3rd quarter, and the Lady Vols watched the clock run out on their season in the fourth quarter. UT shot 34% from the field and an abysmal 14% from the 3-point line in the loss. Tennessee’s stars also failed to get going with Rennia Davis shooting 4-17 from the field but leading her team in scoring on the day with 12 points. Rae Burrell only managed 11 on 4-8 shooting. It was a tough way for the season to end for a Lady Vols’ team that had up to that point accomplished more than any Lady Vol squad in the last 4 years. The Lady Vols finished their season with a 17-8 record.

The Vols’ baseball team warmed up for a heated weekend series with LSU by hammering Eastern Kentucky 13-5 on Tuesday evening. The Vols were powered by junior Trey Lipscomb who had four RBIs on three hits.

No. 9 Tennessee then geared up for a tough conference series with No. 15 LSU. UT won the first game of the series on Friday by a score of 3-1 thanks to a marvelous pitching performance by Chad Dallas. Dallas recorded a career-high 11 strikeouts to carry UT to a game one victory.

The second game of the series on Saturday was a wild one. LSU jumped out to an early 2-0 lead in the top of the third inning, but the Vols quickly grabbed control of the contest in the bottom of the fifth inning by a score of 6-3. UT then went up 7-3 in the sixth inning, but they had not heard the last of the Tigers. LSU roared back to take an 8-7 lead into the ninth. The game was suspended in the top of the ninth inning due to inclement weather, so the teams had to wait to pick up the action until around noon on Sunday. Tennessee was down to their last strike in the bottom of the ninth when Drew Gilbert stepped up to the plate and hit an RBI double to tie the game and send it to extra innings. Gilbert was not done, as he put the game away with a walk-off homer in the bottom of the 11th inning to secure the game and the series for Tennessee.

After a short turnaround, the Vols went for the series sweep on Sunday afternoon. The game was shortened to seven innings due to time constraints, but the teams wanted to play more. The game was tied at 2 runs apiece after seven innings, so the two teams again went to extras. In the bottom of the eighth inning UT would again walk-off the Tigers as Luc Lipcius hit the game winning RBI single to secure the Vols’ first sweep of LSU since 2008. Tennessee is now 21-4 on the year.

The No. 21 Lady Vols played two games against Kennesaw State on Wednesday and came away with two wins from the doubleheader. The Lady Vols’ offense trampled the Owls in the first game, securing a 9-1 run-rule victory in six innings. Tennessee’s pitching dominated game two of the doubleheader as UT pitcher Ashley Rogers pitched a complete game shutout from the circle. Rogers sat down 12 batters and allowed only one hit in 7 innings, which secured a 4-0 Tennessee victory. The Lady Vols were then scheduled to host the Lady Vol Challenge on Saturday and Sunday, but mother nature had other ideas. Tennessee’s weekend contests with Troy and Furman were rained out. The Lady Vols are 23-5 after their two victories last week.

Tennessee baseball will meet Western Carolina on Tuesday evening, before heading to Tuscaloosa for a 3-game series against Alabama over the weekend.

The Lady Vol softball team has a rather busy schedule this week. Tennessee will play a doubleheader against Furman today, and then play a second double header against Liberty on Tuesday. The Lady Vols will then welcome the No. 7 Kentucky Wildcats to Knoxville for a 3-game series beginning on Friday.