On the injury front, DL Greg Emerson and Elijah Simmons were both in a boot today. Darel Middleton was not with the team today and he could miss the O&W game. Walker Merrill was out there with the team during warmups, but was sporting a leg brace, not participating. Byron Young went inside after the warmup period, as did LaTrell Bumphus. In a good sign for coaches, Tiyon Evans was out of his no-contact jersey and participating fully with his group. This is really good news for the the offense, as Alex Golesh also said he participated in the scrimmage last week. A positive along the offensive line was Cade Mays going through drills and not heading indoors after stretching.

At linebacker, Kwauze Garland and Solon Page were first up in the group. On the defensive line, it was Tyler Baron, Matthew Butler, Omari Thomas and Ja’Quain Blakely.  At the corner spot, it was Warren Burrell and Alontae Taylor, as Theo Jackson was running at the nickel position. Tank McCollough and Trevon Flowers were at safety.

QB’s were working with the RB’s on passes out of the backfield, then split off to work with wide receivers later on during open period. All QBs seemed to be moving well in the pocket and hitting their targets across the middle or to the outside. Hendon Hooker and Brian Maurer threw the ball with more ferocity, but I am not a QB coach, so take it for what its worth.

There were a few former VFL’s in attendance today. Carl Pickens, Al Wilson, Terry Fair, Joey Kent were all enjoying practice and each others company. 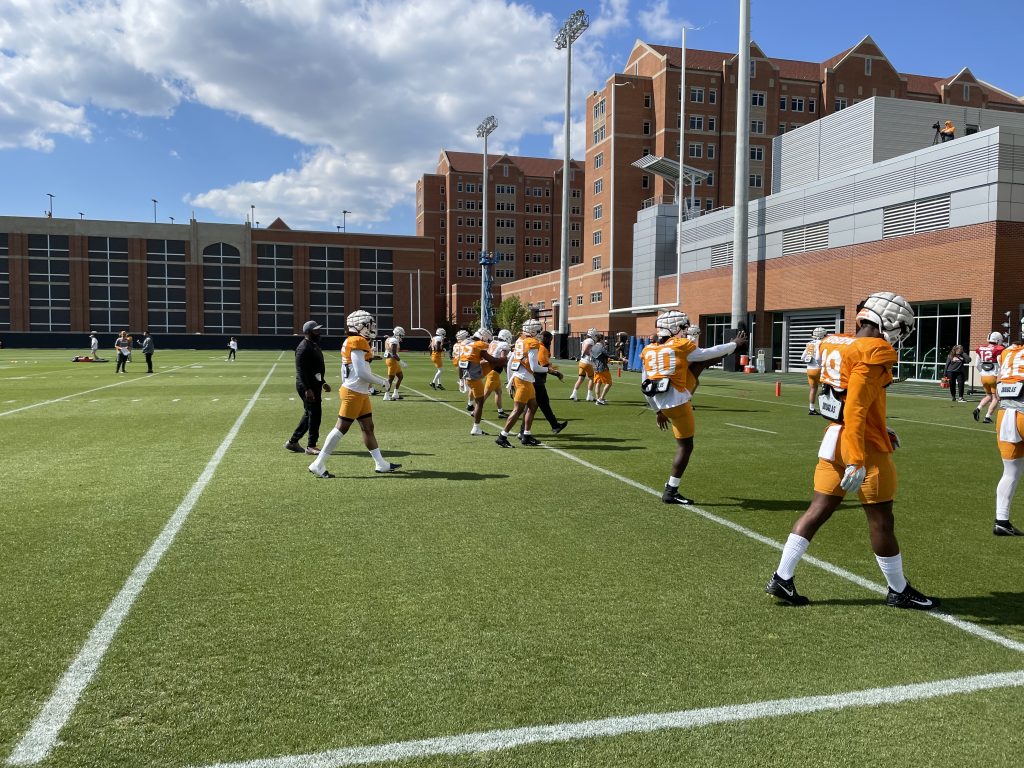 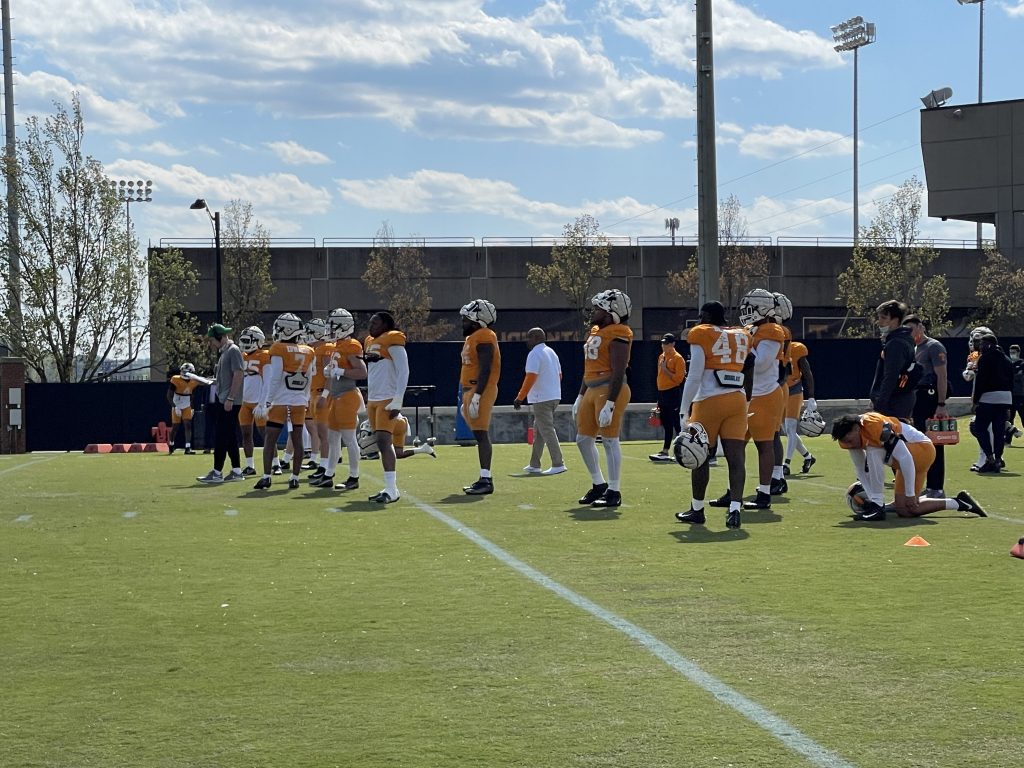 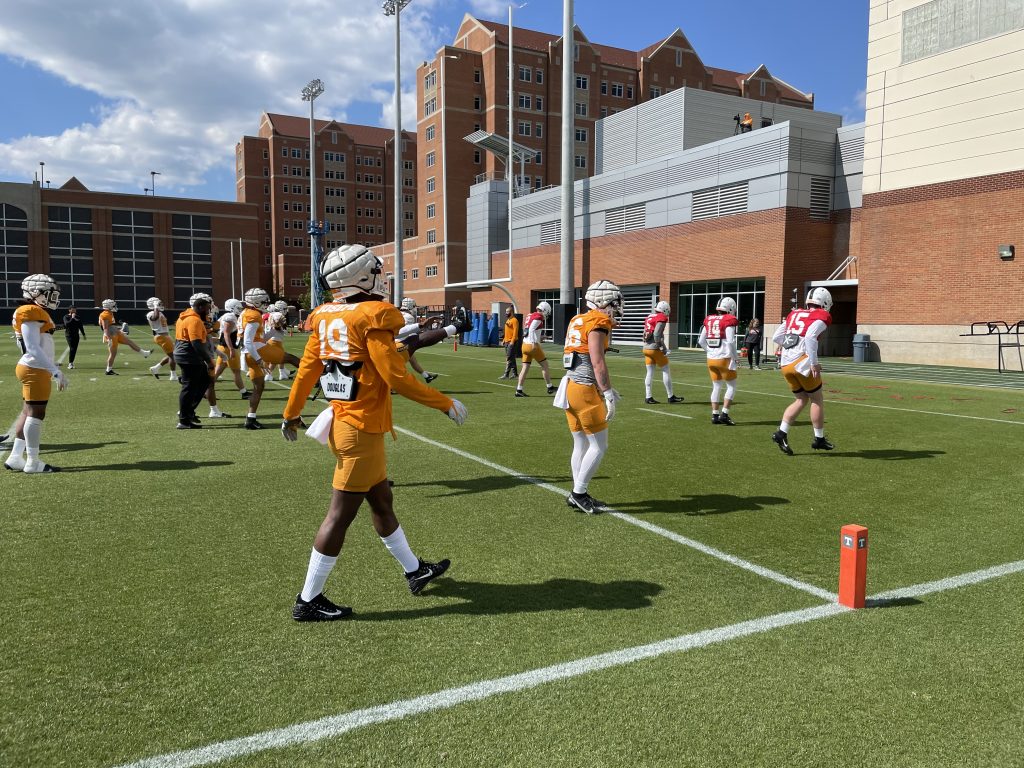 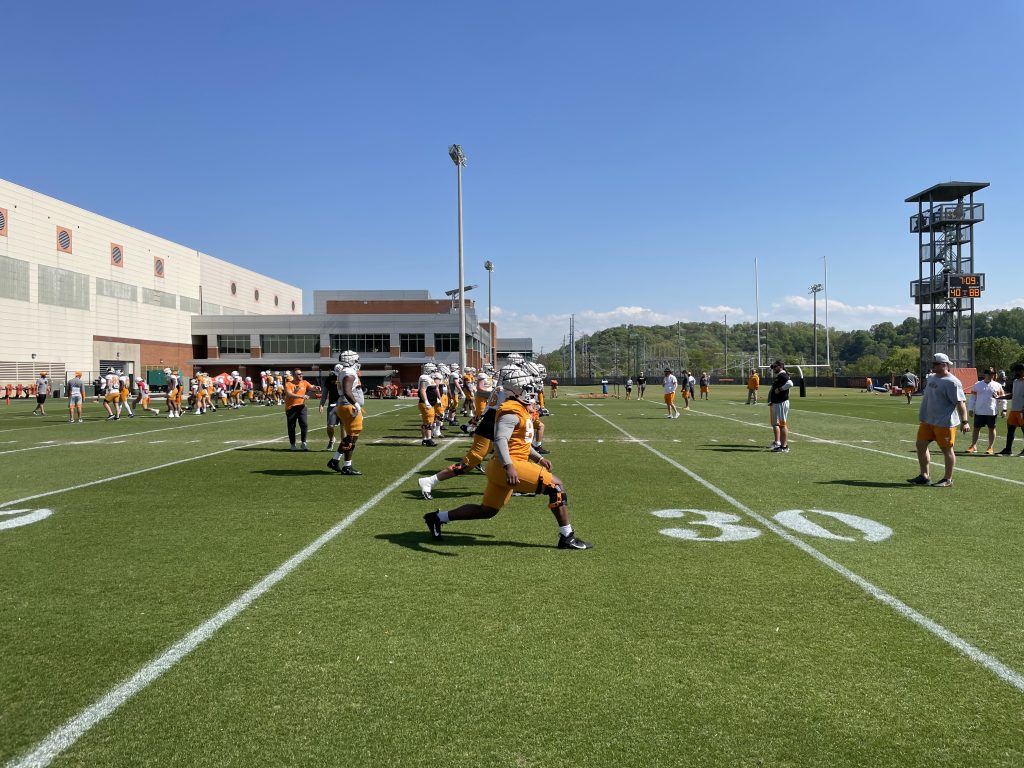 The Vols will now prepare for the spring game, which could look a bit awkward at times, with the amount of starters who could be sitting. This staff isn’t going to take any chances of setting back any players that are currently dealing with any kind of injury.