The four years it has taken for Tennessee to be noticed around the country, even in its own conference, finally paid off on Sunday afternoon. The late nights, the missed opportunity of the 2020 season due to covid and most of all, the support of the fan base. On Sunday, it finally came to fruition, as the Vols secured a spot in the College World Series.

This isn’t like many teams you’ve seen in the past at Tennessee, this roster is able to lead them at any spot in the batting order. For some teams, they are highlighted by one or two players, but for this team, it’s a family of hard working ball players. As you’ve noticed over the past season, this group plays with a fire that is hard to describe, they love to be counted out. No, actually, they live for it.

So, when you put them in the so called “Group of Death”, which Tony Vitello mentioned in regards to the regionals or have LSU come to town and folks still put that doubt in them, well it only feeds them more. Everything that went into the super regional finally came to light on Sunday, as this Tennessee baseball team finally got over a long standing hump and celebrated on the field. 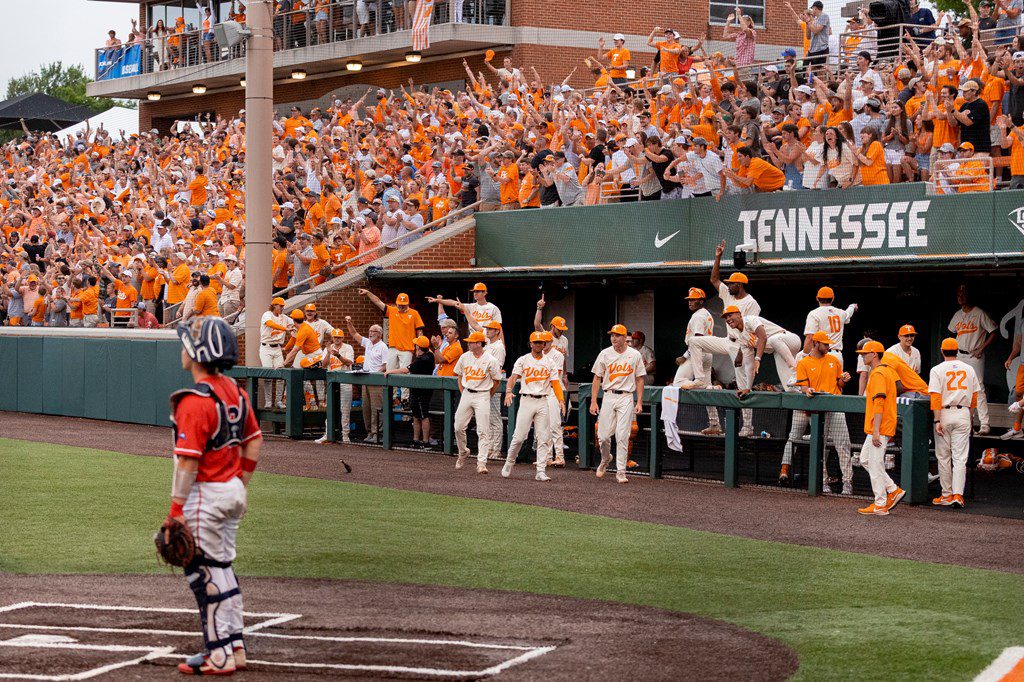 I think it’s easy now to say, if you put someone in front of this group, no matter the ranking, you’re going to see the fight come out in them. An LSU writer wrote on Saturday night that the Tigers had Tennessee right where they wanted them, implying that all the pressure was on the Vols to finish it. The simple fact was that Tennessee had LSU right where they wanted them, ready to bring the Tigers season to an end.

They must have forgotten that this Vitello led squad feeds off the pressure, which showed on Sunday, as they ran through numerous LSU pitchers on their way to a 15-6 win.

Tennessee now heads to Omaha, where they’ll be doubted again, because the long ball doesn’t play well in the park. That’s ok for Tony Vitello, because he wants his team to be doubted, in any way possible.

What lies ahead for the Vols is a chance to make history, but I wouldn’t expect this squad to tense up, as they’ve been working towards this moment for over four years.

Tennessee has them right where they want them, with Vitello leading them into Omaha.