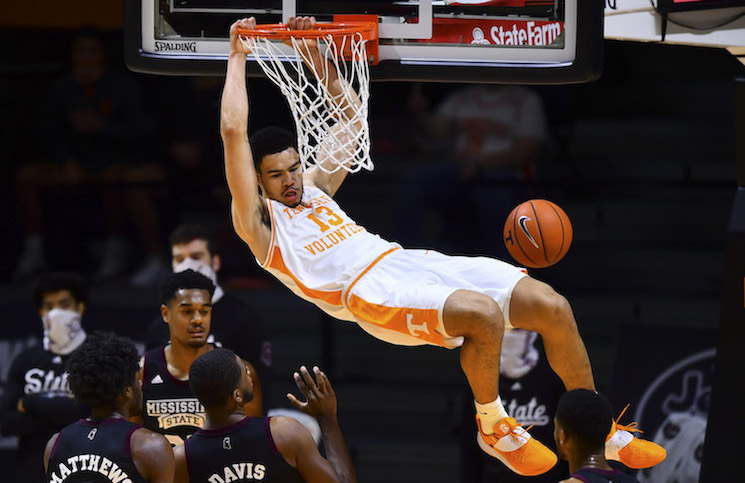 The power forward is in a critical offseason. After recording 2.3 points and 1.3 rebounds in 7.2 minutes a game as a sophomore, Rick Barnes and the Vols are hoping Nkamhoua can make the jump to a reliable bench contributor.

Nkamhoua gave Tennessee flashes of reliable play off the bench last season. The sophomore played double digit minutes in back-to-back games against Mississippi State and Kansas— where he combined for nine points and six rebounds— and again against South Carolina and Kentucky.

Still, Nkamhoua wasn’t able to do enough to separate himself from E.J. Anosike and Uros Plavsic to earn consistent playing time.

The Finland native isn’t the only Vol playing internationally this summer. Santiago Vescovi impressed in Olympic qualifying for Uruguay and Kennedy Chandler has been a star for Team USA in the U19 FIBA Basketball World Cup tournament.