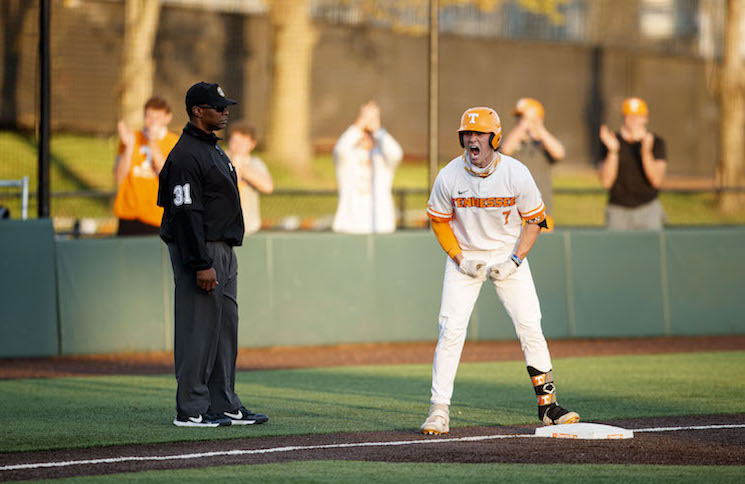 The Twins selected Rucker in the seventh round with the 219th pick in last week’s MLB Draft.

Rucker was a three-year starter for Tennessee, playing second base as a freshman and the hot corner as a sophomore and junior.

The Greenbrier, Tennessee native hit .330 with nine home runs and 55 RBIs from the three-hole in the 2021 season. While Rucker doesn’t possess the power that some of the SEC’s best three hitters have, his consistency week in and week out and his ability to get on-base at a high rate made him one of the SEC’s best hitters.

On top of his nine home runs, Rucker finished second in the SEC with 21 doubles.

In the Minnesota organization, Rucker has the chance to reunite with former Vol Alerick Soularie. The Twins selected Soularie in the shortened 2020 MLB Draft.

Replacing Rucker will be a major challenge for Tony Vitello and his staff. Rucker’s backup last season— Trey Lipscomb— hit .310 with one home run in 29 at-bats.