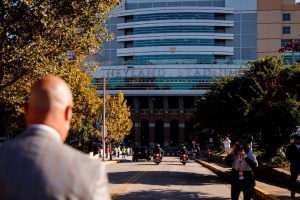 The investigation into the Tennessee football program carried on into the month of June, as lawyers work to complete their case for the university. As Chancellor Plowman indicated in January, this investigation covers a lot of ground and it would be extensive.

Josh Heupel was asked about the ongoing investigation on Tuesday during his appearance at SEC Media Days.

“The looming effect is it’s a true conversation you have to have with your recruits. The majority of the kids we’re recruiting and a majority of players on campus are going to be able to go chase and compete for championships once they’re on campus. We’re in a position to swallow up any of the potential sanctions here in the first year and be able to move forward and compete.”

According to invoices obtained by RockyTopInsider, a good chunk of work was done in June, as they hope to bring this investigation in for a landing. The law firm Tennessee hired billed the university $90,720.18 for the month of June, which is up from the $77,211 that was billed in May.

Tennessee hired the law firm of Bond, Schoeneck & King in November, wanting to immediately begin looking into the football program.

The investigation has been led by prominent attorneys Mike Glazier and Kyle Skillman, along with their staff. As reported in December 2020, the investigation began in mid-November, when the school was tipped off about alleged recruiting improprieties. From then, it’s been full steam ahead, as the University works to complete their investigation and present their final findings to the NCAA, who has been working alongside the school during this process.

Records and invoices obtained by Rocky Top Insider show multiple trips were taken in connection to the investigation. Just in the invoices alone, it shows travel to Atlanta, Nashville, and Indianapolis. But according to multiple sources, the attorneys have made other stops in their quest for information, including travel to meet with former staffers that were not on the 2020 football staff. This investigation has not only covered potential infractions during the last season of the Jeremy Pruitt era, but it spans across his entire time in Knoxville.

This investigation has crossed multiple state lines and the bills have been coming every thirty days. In total, the law firm has billed the Tennessee athletics department over $750,000 in fees and travel. The description of work being done has been redacted from the records provided, along with a few travel destinations.

For instance, in January, Tennessee was billed $189,171 for services rendered about the investigation. The month of December, in which the law firm met with coaches, players, recruiting staffers, and others, the firm billed Tennessee $93,765 for their work. This was a steep climb from when the investigation started in November, where the school was billed for $12,876 from the law firm.

These figures include per diem, travel, rental cars, hotels, and other small expenses as well.

The school and lawyers are hoping to be able to announce self-imposed sanctions before the 2021 football season begins, according to a source close to the investigation. Will they reach their goal? Tennessee is sure hoping so, because as long as this plays out, the more it hurts the new coaching staff in recruiting and other aspects of the program.

As fall camp looms, this new staff is hoping the alleged violations from the previous staff can finally be taken care of and they can finally get a clean slate to work with.