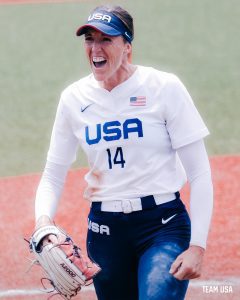 Monica Abbott has been one of the most dominant players in the sport of softball at every level including Tennessee, and it continued recently in the Olympic Games. Abbott struck out nine batters in a one-hitter against Team Canada on Wednesday.

The 35-year-old was magnificent for the Americans. Abbott struck out nine batters and only walked three in her complete-game one-hitter. And, she also only needed 102 pitches to finish the game.

Although for Abbott, she says that she did think about a “no-hitter-jinx” against Canada… or at least tried not to.

“Once you start thinking about it, it always ends up being broken up,” Abbott said, according to the New York Post. “So as soon as it popped into my head, I was like, no – no, no, no, no, no, don’t think about it.”

Team USA softball is now 2-0 in the Olympic Games. Abbott did make her 2021 debut in game one, however.

Abbott essentially closed the opening game for the Americans. She came in the seventh inning and struck out Team Italy 1-2-3 to win the Olympic opener.

Abbott and Team USA have made their first Olympic Softball appearance since 2008. In fact, every team has. In 2021, softball returned to the Olympic Games for the first time since ’08.

Monica Abbott, a former Tennessee legend, is one of two players on Team USA with Olympic experience. 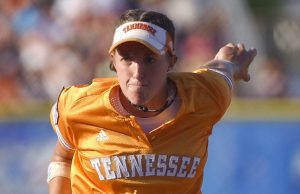 Team USA softball will take the field next on Saturday, July 24, at 1:30 a.m. ET. NBCSN will broadcast the game between Team USA and Team Mexico.

Also, the full Olympic schedule for Monica Abbott and Team USA can be found here.