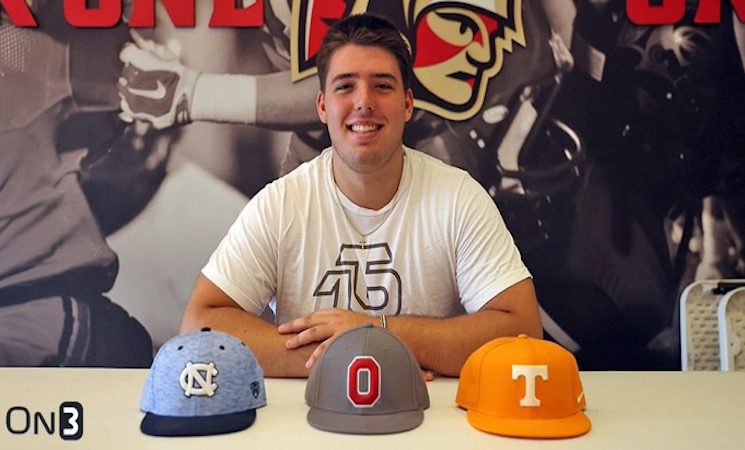 Tennessee football’s top offensive line target in the class of 2022, Addison Nichols, will announce his college choice on Aug. 2, Nichols announced on his Twitter Monday.

Nichols ranks as a four-star and the nation’s 107th best prospect according to 247sports. The Norcross  native ranks as the third best interior offensive lineman and 12th best player in the state of Georgia.

The 6-foot-5, 318 pound guard took official visits to Georgia, Florida, Ohio State, North Carolina, USC and Tennessee in June before narrowing his list down to three earlier this month.

Nichols’ official visit to Tennessee took place on June 18 and helped submit the Vols to the top of the offensive lineman’s list.

A commitment to Tennessee would make Nichols the Vols’ top rated commit in the 2022 signing class. The Greater Atlanta Christian School standout is an Adidas All-American Bowl roster selection.

Nichols will announce his decision at noon ET on Aug. 2. The commitment will come two days before Tennessee opens fall practice on Aug. 4.