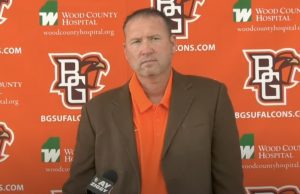 Bowling Green, led by head coach Scot Loeffler, will travel to Neyland Stadium on Thursday for their season kickoff against Tennessee. However, before Bowling Green heads over to Knoxville, coach Loeffler spoke to the media about his thoughts regarding Tennessee.

Loeffler also specifically mentioned Tennessee’s starting quarterback, Joe Milton III, and what he can do on the field.

“We’ve watched Joe quite a bit,” Loeffler said during his press conference on Monday. “We study Michigan quite a bit, as well as we do Ohio State. I know I’m excited to see Joe go out there and play. I’m really excited for him.”

Bowling Green head coach Scot Loeffler then went on to talk about the Tennessee team as a whole before their matchup on Thursday.

“I think their offensive system is awesome,” Loeffler said about Josh Heupel’s offense. “I think they do a great job. You know, the misconception is they throw the ball all over the yard. They really don’t. They spread you out, and they run the football and force you to make tackles in space.” 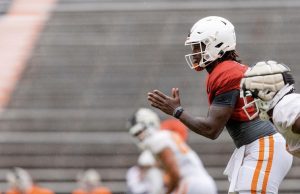 One key characteristic of the Josh Heupel and Alex Golesh offense at UCF was the speed at which they played. Heupel was known to have a very up-tempo offense that works to capitalize on any mistake from the defense. And Loeffler has undoubtedly had a pulse on that before their game.

“Extremely quick, extremely fast,” Loeffler said Monday. “I think Josh and that crew will get Tennessee back to their standards and expectations. There’s no doubt they’re good coaches.”

Loeffler also mentioned that the BG staff went back to look at “quite a bit” of Heupel’s footage from UCF to prepare for this game.

After an intensive month-long fall camp for Tennessee, the Vols are ready to begin their 2021 season. During fall camp, many of the players talked about the sluggish energy in the locker room last year. And, they’ve also talked about how different it is inside the building this year.