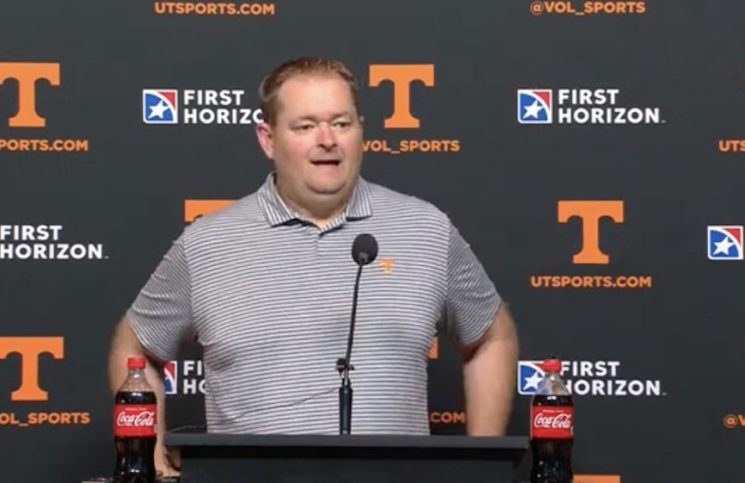 Tennessee head coach Josh Heupel and offensive coordinator Alex Golesh haven’t told the media or public who will be calling the Vols’ plays this fall.

The two offensive coaches have hinted that they will collaborate with each other but are playing their cards close to the vest entering Thursday’s season opener against Bowling Green.

“We’re working through all of that right now,” Golesh told the media last week. “We’ve genuinely done so much as a staff. There is so much different stuff coming in from what we were able to do at UCF to what Kodi (Burns) has brought, what Jerry Mack has brought, so we’re working through it. At the end of the day, that’s a good Coach Heupel question, and we’ll kind of settle on that as we get closer to gameday.”

While Heupel didn’t provide any further clarification on play calling Monday, the 43-year old did provide some details on where his assistants would coach from on game days this fall.

Both of Tennessee’s coordinators will coach from the press box but the bulk of the Vols’ coaching staff will be on the sidelines.

Halzle is Tennessee’s quarterback coach and will help give Joe Milton and the Vols’ offense a birds eye view of defenses this fall.

Tennessee opens the Josh Heupel era in just two days when the Vols host Bowling Green at 8 p.m. ET. The Thursday night opener won’t only bring the return of game day traditions but will see the Vols honor four former players with statues outside of gate 21.