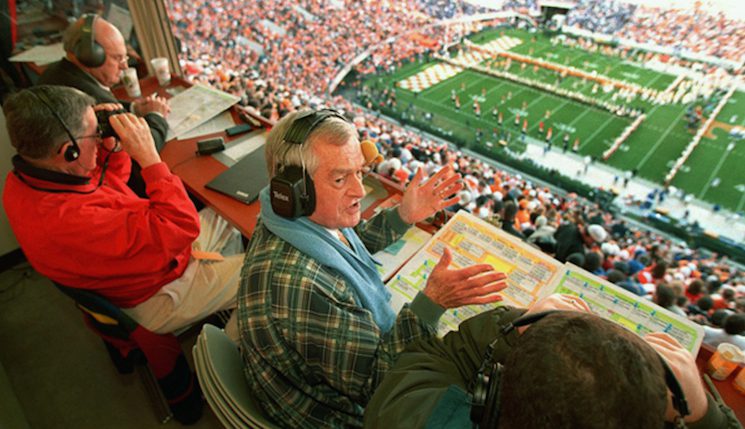 The SEC Network is releasing a new “SEC Storied” documentary on SEC radio announcers including former Voice of the Vols John Ward.

“More Than A Voice” will be the fourth ESPN documentary Kenny Chesney has executively produced joining “Boys of Fall”, “The Color Orange: The Condredge Holloway Story” and “The Believer”.

“It was important for me to be a part of this film, because John Ward was such a big partof my life growing up and loving sports in east Tennessee,” Chesney said in a statement. “With his voice and his words, he painted a picture of Tennessee football that captured my imagination and the imaginations of so many. Meeting him was one of the highlights of my life – and I’m thrilled to be a small part of this film that sheds light on his genius and so many of the other voices who have made the Southeastern Conference really special.”

Ward was the Voice of the Vols from 1964-1998 after graduating from Tennessee in 1954 and serving in the Army. The final football game Ward called was Tennessee’s National Championship win over Florida State.

Ward became a legend in Knoxville with his enthusiasm and calls and sayings such as, “Give ‘em six”, “It’s football time in Tennessee” and “Bottom!” after a made jumpshot.

You can view the trailer for the documentary here.