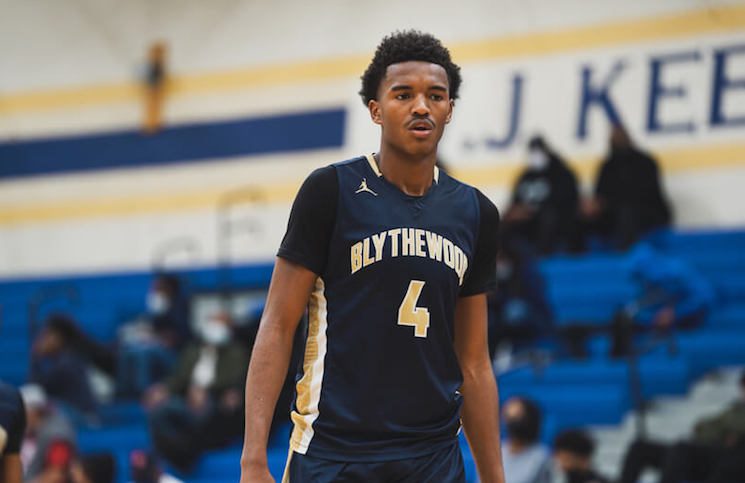 Photo via Inside the Hall

The 6-foot-8, 200 pound power forward ranks as the nation’s 15th best player and second best power forward according to the 247sports composite rankings.

Phillips is coming off an official visit to Tennessee this past weekend, his fifth college visit since the NCAA opened up on campus visits in June.

Phillips went on visits to Clemson, Wake Forest, LSU and Florida State in June before visiting USC and Tennessee in September.

Phillips impresses with his athleticism and ability to handle the basketball.

The blue-chip recruit is from South Carolina but plays his prep basketball in Missouri at Link Year Prep School.

B.J. Edwards is the Vols’ only commit in the 2022 class, but Tennessee is in deep for a number of blue chip prospects.

Just this week, Tennessee made the top three for five-star small forward Dillon Mitchell. Mitchell visited Tennessee in June the same weekend Edwards did. Still, it will be a major challenge for Rick Barnes and his staff to beat out instate FSU.

The Vols are also in the top four for five-star guard Cason Wallace. Wallace would be the highest rated commit since Barnes has been at Tennessee, ranking a spot ahead of Kennedy Chandler according to 247sports. The Texas native will make his college decision on Nov. 7.

Tennessee is two days into their preseason practice as the season is less than six weeks away. Justin Powell impressed Wednesday as the new look Vols try to mesh. You can view highlights from Tennessee’s second practice here.