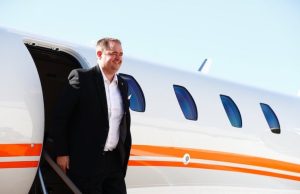 The internet has been spinning on Sunday afternoon after the news of Oklahoma’s head coaching vacancy.

Former Oklahoma head coach Lincoln Riley is officially off to USC, which means that Oklahoma will be looking for a new head coach shortly before the Sooners’ move to the SEC.

Here is some of the latest social media buzz in the early stages of Oklahoma’s coaching search regarding Tennessee head coach Josh Heupel.

I would be surprised if Josh Heupel is the next coach at Oklahoma.

If he were to leave, his buyout is $8 million.

Unreal, but can confirm Lincoln Riley is leaving OU for USC.. Expect Bob Stoops to be the interim Head Coach.

Josh Heupel on his departure from Oklahoma while coaching at UCF:

“Thank God it happened! It’s worked out great for me. If I had stayed there, I wouldn’t be here.”

From the Orlando Sentinel in 2018 https://t.co/oIyZzke5Uw

Never say never, but Josh Heupel and OU getting involved in any serious way would be more stunning to me than Lincoln Riley leaving Oklahoma.

He's got a AD that just hired him, a fanbase that is fired up and a bright future in Knoxville. https://t.co/ESp2MzKX27

Out of box theory from Tennessee fan: if Josh Heupel goes to Oklahoma, maybe Lane Kiffin to Tennessee?