The Music City Bowl in Nashville is less than two weeks away and the Vols are hard at work preparing. Tennessee will take on Purdue (8-4) as the team looks to cap off Josh Heupel’s inaugural season with a win.

The Tennessee Volunteers ended the regular season with a record of 7-5 under Heupel and his staff. Tennessee had wins against Bowling Green, Tennessee Tech, South Carolina, Missouri, Kentucky, South Alabama, and Vanderbilt. On the flip side, the Vols look a loss to Pittsburgh, Florida, Ole Miss, Alabama, and Georgia.

Purdue will enter the game without two premiere players from this past season. Wide receiver David Bell and defensive lineman George Karlaftis recently announced their intent to forego the bowl game after declaring for the NFL Draft. Meanwhile, Tennessee defensive back Alontae Taylor is the only Tennessee player to say no to the bowl game as he continues to prepare for the upcoming senior bowl and NFL Draft.

As the bowl game draws closer and the bowl season finally arrives, many national publications have revealed their predictions for all of the games on the horizon. All of them did include a pick for the Music City Bowl between Tennessee and Purdue.

Sports Illustrated’s Pat Forde has Tennessee beating Purdue by a score of 42-31.

“When the two best Boilermakers—receiver David Bell and defensive end George Karlaftis—opted out, this matchup took on an orange hue,” Forde said for Sports Illustrated. “The Volunteers lost running back Tiyon Evans but still have plenty of firepower to throw at Purdue’s pretty solid defense. Hendon Hooker has had a great season at Tennessee after transferring from Virginia Tech, making the most of the Heupel influence.” 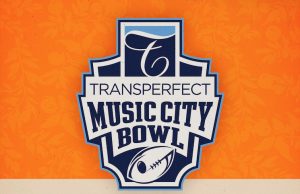 “Josh Heupel has a chance to cap off an encouraging first season with the Vols,” Bender said for Sporting News. “Purdue ranks eighth in the FBS in pass offense. The Boilermakers can finish a nine-win season. This should be one of the more entertaining high-scoring games of Bowl Season.”

“This is a tough draw for Purdue, which will face a road-like atmosphere in Nashville,” Rittenberg said in the ESPN article. “Tennessee went only 7-5, but first-year coach Josh Heupel energized the offense and the fan base. Then again, Purdue won’t be intimidated after recording two wins against teams ranked in the top four in Iowa (road) and Michigan State (home). Quarterbacks Hendon Hooker (Tennessee) and Aidan O’Connell (Purdue) both are capable of putting up big numbers.”

So in total, out of the 13 experts that made a pick across the span of five publications, 12 have picked Tennessee to win the Music City Bowl.