Tennessee baseball will be debuting all-new, all-black, dark-mode uniforms on Friday night against Kentucky in Lexington.

The Vols began their series with the Wildcats on Thursday night as they fell to Kentucky in 13 innings by a score of 3-2. Now, with Tennessee looking to make up for Thursday’s loss, the Vols will be doing so in some brand new uniforms on Friday.

On Oct. 6, Tennessee football and head coach Josh Heupel revealed brand-new Dark mode uniforms for the Vols’ football team. While some were skeptical of the change to Tennessee’s traditional look, many players and fans alike praised the new style from Tennessee. The Vols’ football team debuted the uniforms against South Carolina and then brought them back out against Georgia as well.

Below are photos from RTI’s Ryan Schumpert who is in Lexington with the team.

First pitch between No. 1 Tennessee and Kentucky will be at 6:30 p.m. ET on the SEC Network. 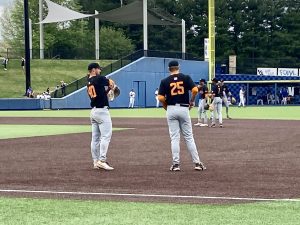 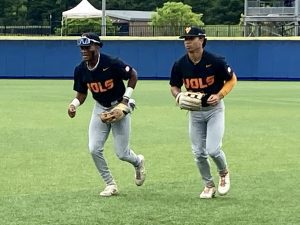 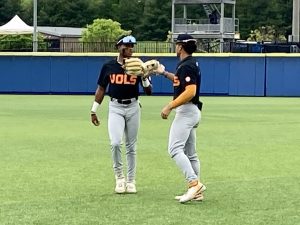