As Tennessee continues to rack up individual awards from the regular season, a trio of Tennessee’s pitchers has been invited to take part in the Team USA collegiate national baseball team this upcoming summer. In fact, the trio of Volunteer pitchers makes us Tennessee’s entire regular-season weekend rotation.

According to a press release from Tennessee Athletics this week, Chase Dollander, Chase Burns, and Drew Beam have all received the Team USA invitation.

Tennessee’s invitation also continues a recent run of the Volunteers’ summer collaboration with Team USA. Tennessee pitcher Blade Tidwell and outfielder Drew Gilbert were on Team USA last summer, while former Tennessee pitcher Garrett Crochet was on the team in the summer of 2019.

The Team USA summer baseball schedule will feature an almost non-stop set of games spanning the first two weeks of July. Team USA will have intrasquad games every day from June 30 to July 4 featuring the Stars vs Stripes battling head-to-head. Following a quick travel break, Team USA will then be back to face five international teams on five straight days from July 9 to 13. While the intrasquad games will take place close by on the east coast, the international games will be held in the Netherlands.

The Team USA summer collegiate schedule is as follows:

Dollander, Burns, and Beam were terrific for Tennessee in the regular season, which led the Vols to the No. 1 ERA in college baseball by the end of the season. Despite a small handful of challenging outings here and there, overall, all three pitchers have been vital for Tennessee’s success this season. 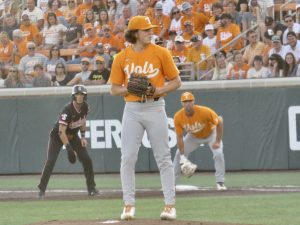 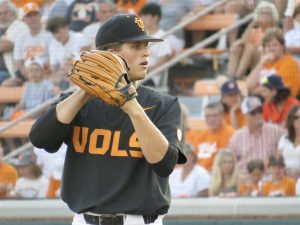