Perfect Game has announced its 2022 college baseball All-American rosters on Wednesday, with seven Tennessee Volunteers players selected to the mix.

In addition, Tennessee’s Tony Vitello has also been named Perfect Game’s National Coach of the Year for a second consecutive season.

Tennessee’s core group has come away with a number of awards since the 2022 season ended, including recognitions from inside the conference and from around the nation. Here is a look at Tennessee’s award collection: 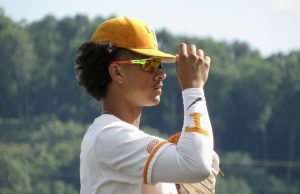