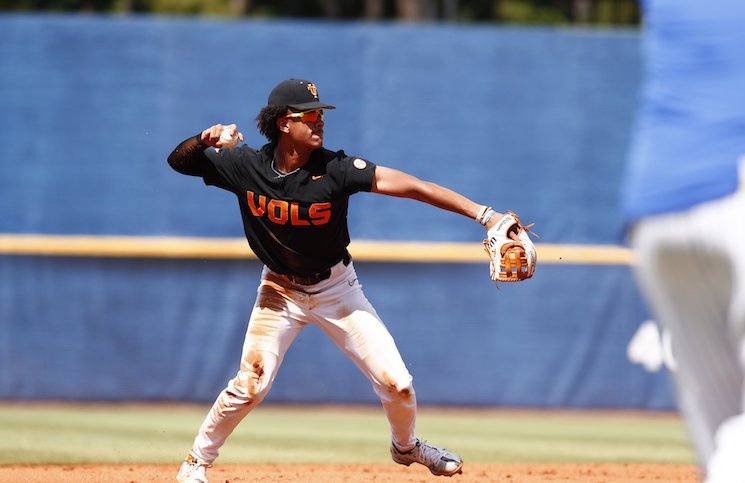 The 2022 Tennessee baseball season was full of wins and drama. There was no shortage of either.

Head coach Tony Vitello said after the season that there was so much that happened during the season — known and unknown to the casual observer — that there could be a documentary on the team one day.

That day may be coming sooner than Vitello could have expected. Star third baseman Trey Lipscomb hinted at a forthcoming documentary on Twitter Friday afternoon.

Documentary of the vols 2022 team in the making 👀

There’s no shortage of topics to cover in a documentary on the 2022 BaseVols. Tennessee posted a 57-9 record, winning 25 regular-season SEC games on its way to the conference title, never trailing in the SEC Tournament and posting one of the best regular seasons in recent college baseball history before a disappointing elimination in the Super Regional.

More From RTI: Drew Gilbert Out For Rest Of Season Due To Injury

On top of the on field dominance, the season was full of unbelievable drama. Before the season even started, Tennessee lost expected ace Blade Tidwell for much of the season due to a shoulder injury.

ESPN falsely accused Evan Russell of testing positive for PEDs when he missed the opening game of the Knoxville Regional and ejections followed a week later when Drew Gilbert and Anderson were ousted in the Super Regional opener.

Then there was the regional vitriol towards the Vols. Tennessee wasn’t afraid to play the “villain” and the rest of the college baseball world certainly viewed them that way, rejoicing when Notre Dame ended their season a game short of the College World Series.

Lipscomb would be a great part of the documentary. After sitting behind Andre Lipcius and Jake Rucker his first three years in school, Lipscomb broke out as a senior turning in one of the best seasons in the whole conference.

The Maryland native wasn’t afraid to tell opponents about it either, talking trash and driving in runs at a high rate.