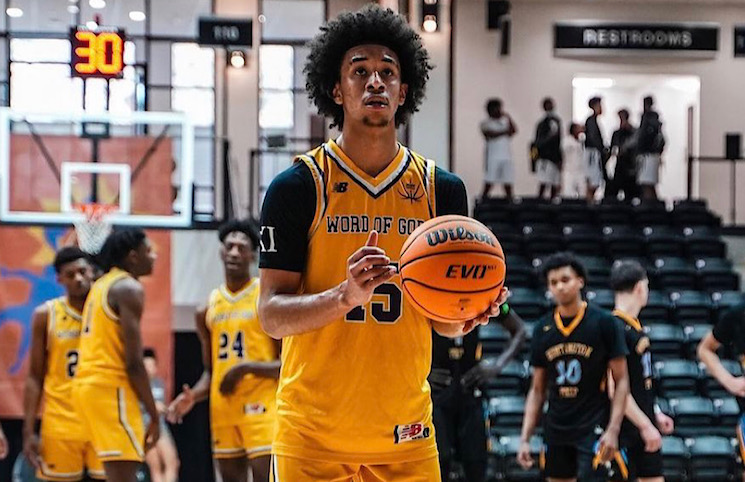 Photo by On3 Sports

Recent Tennessee basketball commit Freddie Dilione impressed seemingly everyone who watched him during the summer AAU circuit. We noted when Dilione committed to Rick Barnes and his staff last week that he could climb up the recruiting rankings in forthcoming updates.

Climb up the rankings Dilione most certainly did.

The Word of God Christian Academy standout jumped 45 spots from No. 69 to No. 24 in Monday’s 247sports top 150 updates. The jump to a high four-star in 247sports’ in house rankings led to Dilione jumping from No. 87 to No. 65 in the 247sports composite rankings.

The 6-foot-4, 185-pound combo guard committed to Tennessee over Alabama, VCU, Virginia and Wake Forest and possesses the ability to score in the mid range and at the basket on top of being a strong passer and defender.

Dilione is the highest rated player in Tennessee’s two-man 2023 recruiting class and now ranks as the No. 15 combo guard in the nation according to the 247sports composite rankings.

Phillips dropped slightly in the 247sports rankings update. The 6-foot-9 power forward remains a three-star in 247sports in-house rankings while remaining a four-star and dropping from the nation’s No. 82 to No. 95 player according to the 247sports composite rankings.

Tennessee is looking to add New England native JP Estrella to its recruiting class when the 6-foot-11 center announces his commitment Sept. 2. The Vols are trending in Estrella’s recruitment, receiving a number of predictions to land him this weekend.

Estrella received a minor bump in the recent recruiting rankings, becoming the No. 51 player in 247sports’ in house rankings and No. 49 player in the 247sports composite rankings.