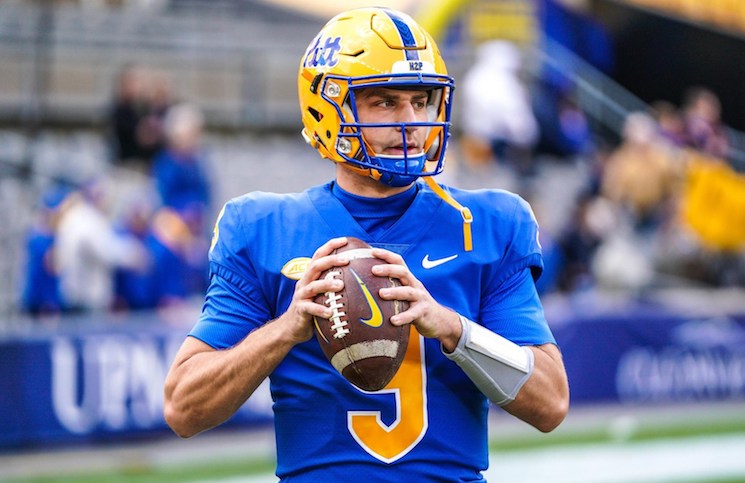 Slovis was Pittsburgh’s expected starting quarterback after transferring from USC earlier this offseason and Narduzzi made the move official eight days ahead of the Panthers’ season opener.

The 6-foot-3, 215-pound quarterback played three seasons at USC before entering the transfer portal at the end of the 2021 season. Slovis took over for an injured J.T. Daniels in 2019, impressing by throwing for 3,502 yards, 30 touchdowns and nine interceptions.

After Slovis strong freshman season, he was poised to be the starting quarterback and Daniels transferred to Georgia. In the COVID-19 shortened 2020 season, Slovis played well, throwing for 1,921 yards 17 touchdowns and seven interceptions.

The Scottsdale, Arizona native suffered a minor injury a season ago and it opened the door for freshman quarterback Jaxon Dart. Slovis returned shortly after suffering the injury but struggled. Dart overtook the veteran Slovis as the now-Pitt quarterback threw for 2,153 yards, 11 touchdowns and eight interceptions.

Tennessee travels to Pittsburgh in week two of the college football season for round two of the Johnny Majors Classic.

The Panthers took round one in Knoxville a season ago, surviving a late Tennessee push to win, 41-34. Pitt went on to a banner season, winning the ACC and earning a Peach Bowl bid.

Pitt is hoping Slovis can recreate his success from his first collegiate seasons to serve as an adequate replacement for Pickett.

The Panthers get a major test before facing Tennessee. At the same time the Vols open their season against Ball State, Pitt opens its season against rival West Virginia.

The season opening test gives Slovis and the Panthers a serious tune up for Tennessee and gives the Vols a good look at the quarterback in Pitt’s sytem.

Tennessee faces Pitt at Acrisure Stadium on Sept. 10. ABC will broadcast the game at 3 p.m. ET.