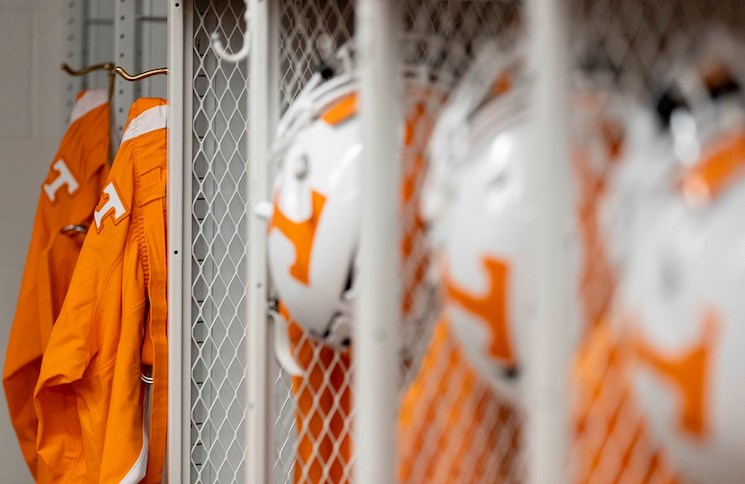 After a great conversation with Coach Heupel, I am blessed to have received an offer from the University of Tennessee! 🍊 #Govols @theBAFootball pic.twitter.com/DhQEXCsil4

MacIntyre is a standout at Nashville area football power Brentwood Academy. The class of 2025 prospect has started just two games in his high school career but impressed in both.

MacIntyre is a highly rated quarterback, coming in as a four-star and the No. 30 player in the country according to the 247sports rankings. The 6-foot-5 signal caller ranks as the No. 2 quarterback in the 2025 recruiting class.

MacIntyre’s family has serious ties to Vanderbilt with George’s grandfather and namesake spending seven seasons as the Commodores’ head coach in the early 80s. MacIntyre’s uncle — Mike — played defensive back at Vanderbilt before getting into coaching.

Mike is currently the head coach at Florida International and also spent time as head coach at Colorado and defensive coordinator at Ole Miss.

George MacIntyre holds seven offers in this early stage of his recruitment including from FIU, Vanderbilt, Ole Miss and Michigan.